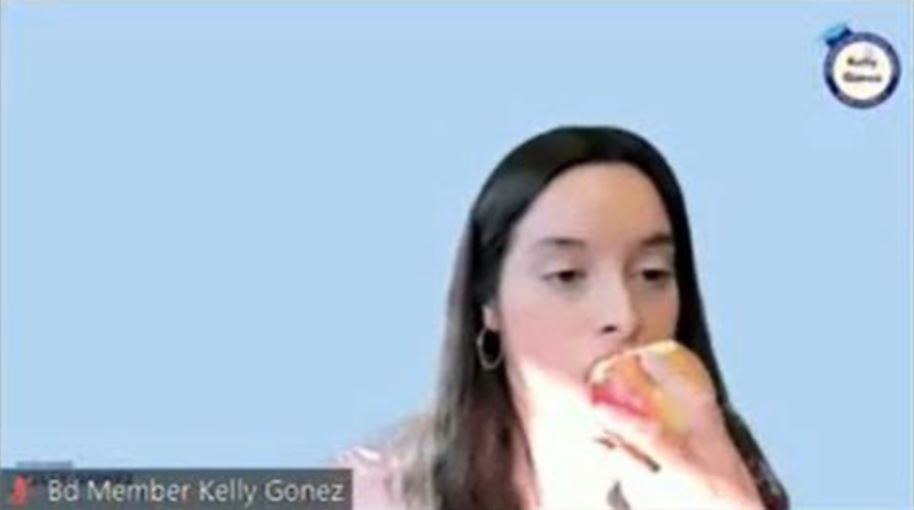 "We have heard from parents more frequently this year than in the past, due to the intentional inclusion of our standing parent committees in our regular Board meetings."

Stakeholders from throughout the Los Angeles Unified School District (LAUSD) have been contacting Board President Kelly Gonez to express their disapproval with her decision to keep the Parent Committee silenced. One of them received a response from Gonez and posted it on the Parents Supporting TeachersFacebook Page. Her explanation for reneging on the plan to allow the committee to begin meeting again last month was less than honest as was her explanation of her role in the hiring of Superintendent Austin Beutner:

"Thank you for your note. The pause on committees, besides the Special Education Committee, is based on the feedback of the Board during a public meeting earlier this year."- Kelly Gonez

At the meeting that Gonez references, Board MembersScott Schmerelson, Jackie Goldberg, and George McKenna all expressed support for restarting the Parent Engagement Committee. The three board members elected with the support of the charter school industry, Nick Melvoin, Monica Garcia, and Tanya Ortiz-Franklin, were in favor of preventing this committee from holding meetings. That left Gonez as the tie-breaking vote. As a fellow beneficiary of charter industry funding, she sided with the block that seeks to prevent parent engagement.

It should also be noted that as Board President, Gonez has the sole authority over the establishment of committees. She alone is ultimately responsible for not allowing the Parent Engagement Committee from meeting.

"We have heard from parents more frequently this year than in the past, due to the intentional inclusion of our standing parent committees in our regular Board meetings." - Kelly Gonez

The three standard parent committees that have been given the opportunity to address the board on a rotating basis, giving them access once every quarter. The members of these committees are appointed by the board and composed of parents who have the ability to dedicate hours of volunteer time every month. In the case of the Community Advisory Committee (CAC), the information presented by the chair (who is also an employee of Nick Melvoin's Speak Up) is not voted on for approval by members of the committee.

Even with quarterly access to the Board, the CAC voted 18-0-1 (the Speak Up employee abstained), to request that the Special Education Committee be reinstated. The members of this committee felt that these meetings would "allow families of students with disabilities to have a place to come and provide a strong voice for our students." The Special Education committee has been allowed to return from the hiatus forced by the COVID-19 pandemic. All parents deserve this same opportunity to express themselves.

"I engage in extensive community and parent input gathering at all times." - Kelly Gonez

In a district where "parent engagement" is a stated goal, there should be as many opportunities for parents to express themselves as possible. Gonez should be commended for gathering input, but this should not substitute for the work of the Parent Engagement Committee.

It should also be noted that Gonez or her staff would not increase their workload by allowing the Parent Engagement Committee to resume its work. This committee is chaired by Schmerelson. Goldberg and McKenna are also members. Gonez is in no way involved in planning, running, or participating in its meetings.

"While I was not in charge of the Superintendent search process in 2018, I held multiple listening sessions for educators, principals, parents, and community members." - Kelly Gonez

Gonez voted to approve Beutner's contract despite the fact that it was crafted behind closed doors without public input. She did nothing to force the board to stop the process from moving forward in a way that was designed to name a Superintendent before convicted felon Ref Rodriguez could be forced from office. She made no public statements of support for Schmerelson as Melvoin used his Speak Up astroturf group to bully him into stopping his efforts to notify the public about the flaws in the process that was used to hire a school district's Superintendent, even though Beutner had no professional experience in the field of education. Were Gonez's decisions based on input from these listening sessions or demands from Eli Broad and the California Charter School Association?

"I have also had a long-standing parent advisory cabinet, which we recently met with to get feedback on the reopening of schools. Should you be earnestly interested in attending, happy to ensure you receive an invite." - Kelly Gonez

Unlike Gonez's "advisory cabinet," the Parent Engagement Committee is considered to be a government agency and is, therefore, subject to California's open meeting laws. No invitation is needed to attend or for the public to provide comment.

Having an "advisory cabinet" which requires an invitation gives the appearance that the participants are carefully selected to conform to a specific point of view. Having self-selected groups like this reinforces decisions that are made in a bubble and do not reflect the views of the full constituency.

"As Board President, I am committed to a robust search process that includes community input." - Kelly Gonez

If Gonez follows through with this promise, then the selection process will be an improvement over the one used during the 2018 search that resulted in Beutner being hired in a closed session without public input. The constituents deserve to have a voice in who is chosen to lead the bureaucracy of the second-largest school district in the county.

"It is up to the Board as a whole to make the determination as to how that will be structured." - Kelly Gonez

Unfortunately, Gonez leaves open the possibility that she will hide behind the board majority to run a search that will not include public input. As president of the board, Gonez needs to make it clear that the search will be conducted in full view of the public and that the public will have an opportunity to voice their opinion. She must also make it clear that it is the board's goal to reach a consensus on the person who is ultimately hired and that a simple majority will not be enough to give the new Superintendent the mandate that he or she will need to be successful.

As in her last campaign, Gonez will be beholden to the charter school industry and their money when she seeks reelection next year. It is, therefore, going to take a lot of pressure to force her to put the interests of her constituents over those who are looking to buy influence over her. To make your views known you can call her office at (213) 241-6388 or email her at Kelly.Gonez@lausd.net.
________________________________