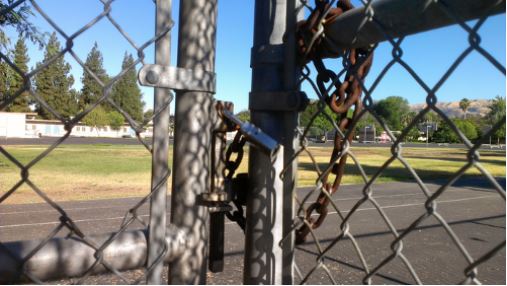 (Image by Carl J. Petersen)   Details   DMCA
tps://actionnetwork.org/forms/210204_fs_gonez_newsomplanpt?source=em21_210204_newsomplan&link_id=1&can_id=485ce1338f0c132b12fb230aabe14f98&email_referrer=email_1066534&email_subject=im-calling-on-gov-newsom-to-give-us-a-better-plan-will-you-join-me">Will you...join Kelly in calling on Governor Newsom to give us a real plan to reopen schools, while keeping our communities safe?"
- Kelly Gonez

As the COVID-19 pandemic rapidly overtook Los Angeles last March, the School Board gave Superintendent Austin Beutner broad emergency powers. This allowed Beutner to react to events in real-time without the need to stop and get the board's approval. During an unprecedented crisis where decisions had to be made on the fly, this was a decision that was in the best interest of the students.

With the anniversary of the physical closure of LAUSD schools quickly approaching, Beutner still has these same unprecedented powers to act without the approval of the elected board. Emboldened by a lack of oversight, the Superintendent has committed the district to questionable contracts and used the crisis as cover to attempt to push through his agenda. His lack of professional education experience and his poor relationship with teachers also put him at a disadvantage as the district struggled to provide solutions for parents concerned about the problems their children were having in the distance learning environment.

Instead of continuing to offload the responsibility of crafting plans for physically returning to schools to an unelected Superintendent, Board President Kelly Gonez should be leading the effort. In 2017, she went before the voters and asked for this responsibility. With the help of $3,648,119.58 in spending from the charter school industry, she won that election. Rather than take control, she acts like an absentee landlord with no responsibility to tenants with a list of complaints.

As Gonez prepares to go before the voters again in next year's election, she seems to want to divert blame for the lack of a concrete plan about how children will return to their classrooms. A petition tied to her reelection committee notes that "our children deserve better" and asks "Governor Newsom to give us a real plan to reopen schools while keeping our communities safe."

Gonez has been elected to advocate for LAUSD students and should not be waiting on Newsom or any other state government official to draw up a plan for a return to campuses. Instead, she should be presenting a plan detailing the exact forms of support that the district needs in order to be successful and then hold state and federal leaders responsible to provide this assistance.

Marvin Rodríguez is Gonez's first declared opponent in next year's election. When asked for his opinion about the Board President's petition, he states that he agrees with her "that our children do deserve better." However, he prefers a more active approach where "our school board drafts a plan with the input from parents, teachers, and students on how the communities they serve can return to school buildings safely." He also stresses that any reopening of our school buildings requires "a comprehensive safety plan."

As this unprecedented crisis continues, our children can not afford the passivity exhibited by Gonez. She needs to step up as the leader she asked to be and take responsibility for the district's response instead of waiting for others to act.
________________________________