"Our board rules also give the Board President the authority to create subcommittees of this body." - Kelly Gonez, December 17, 2020

LAUSD Board President Kelly Gonez is singlehandedly responsible for preventing the district's Parent Engagement Committee from holding meetings. As one of her first acts after being elected to her position, she announced that she had unilaterally decided to maintain the suspension of all committees. Without calling for a vote, she rejected Board Member Scott Schmerelson's request to reinstate the Special Education and Parent Engagement Committees that he chairs. Schmerelson, Jackie Goldberg, and George McKenna have all stated that they support reinstating these committees. Therefore, only Gonez's vote is needed to achieve a majority.

As she has done before, Gonez also tried to place blame on her predecessor. While it is true that Dr. Richard Vladovic is the one who originally suspended committee meetings at the start of the COVID-19 crisis, Gonez's term started under different circumstances. Nine months into the crisis, governments have mastered the ability to hold meetings virtually. As proof of this, Gonez was addressing a government meeting that was being held on Zoom.

By highlighting the point that Dr. Vladovic was able to suspend committees without a vote of the rest of the board, Gonez was exposing another lie in her presentation. If the previous Board President was able to take action to suspend committees unilaterally, then the current president has the power to reverse the action and bring the committees back just as she did with the Special Education Committee.

The Reseda Neighborhood Council saw past Gonez's redirection and voted unanimously to request that the Parent Engagement Committee be allowed to meet again. Other neighborhood councils including Northridge East and Northridge West have passed similar motions.

For the elected representatives in Reseda, the suspension of the Parent Engagement Committee meetings is a hyper-local issue. Shirley Avenue Elementary School sits within the boundaries of this neighborhood council and the Parent Engagement Committee is seen as a potential forum for Shirley parents to express their school's opposition to the occupation by Citizens of the World, a nationwide chain of charter schools. By continuing to prevent this committee from holding meetings, Gonez has made many of the affected stakeholders feel that they have been disenfranchised once again from a system that is supposed to meet the needs of their children. 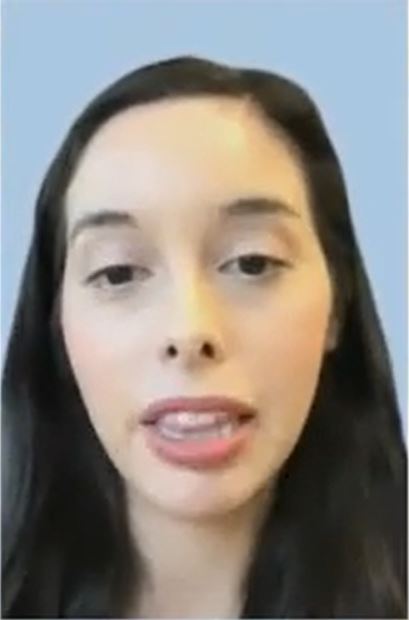 During her comments to the Reseda Council, Gonez did address the issue of the Shirley co-location but did so in a way that was less than forthcoming. Providing an example of how the gerrymandered board districts can result in constituents that are not represented, Gonez indirectly claimed to not represent parents who lived in her district but attend a school building that falls within another board member's boundaries. Even though she had been contacted about the concerns these parents had about the co-location, she claimed to not be familiar with the issue.

Gonez also refused to comment on the $974,629.72 that Citizens of the World owes the LAUSD for overallocation penalties, claiming that existing litigation regarding the subject prevents her from doing so. Again, this contradicts a district source that claims that Gonez and her allies on the board are refusing to allow the Charter School Division to be more aggressive in collecting the $12,448,635.44 in past-due debt by charter schools. She also did not explain why she has not taken action to prevent the Charter School Division from allocating additional space to Citizens of the World even though the charter school chain has been caught engaging in fraud to obtain this space.

If Gonez personally believes that the Parent Engagement Committee should remain suspended and that Citizens of the World should have unfettered access to public school campuses, then she should be honest with her constituents and embrace these viewpoints. Her willingness to lie about her role in preventing the committee from meeting and allowing the students at Shirley to be harmed on a continuing basis shows that she knows that these viewpoints are unpopular with the district's stakeholders. The voters need to remember these deceptions when they go to the polls next year.
________________________________
Carl Petersen is a parent, an advocate for students with special education needs, an elected member of the Northridge East Neighborhood Council, a member of the LAUSD's CAC, and was a Green Party candidate in LAUSD's District 2 School Board race. During the campaign, the Network for Public Education (NPE) Action endorsed him, and Dr. Diane Ravitch called him a "strong supporter of public schools." For links to his blogs, please visit www.ChangeTheLAUSD.com. Opinions are his own.