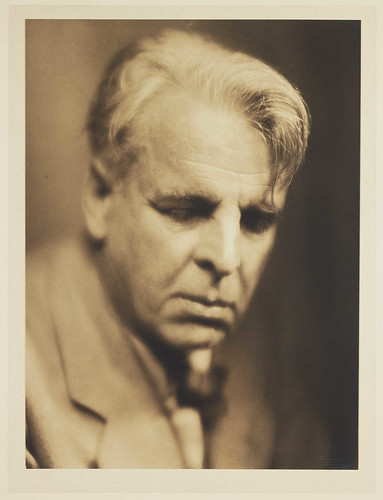 Writhing in the tall stacks,Hands held high against the books,She eyed him with a flaming look As he passed in scholarly innocence,Searching for a quotable lineFor a talk he'd soon deliver.

His topic being the coming crisisIn western society, whose author's thesisWas how covert assumptions castA shadow on a thinker's prideWhen not admitted openly.He planned to emphasize that author's own Secret thoughts, what prompted himTo make such claims about othersAs if he weren't their sly brother.

After his revealing talk, He madly rushedBack to the church of booksHoping to catch the flaming lookThat so aroused his scholarly focus.This time not to find a quotable lineTo dazzle faces set around a tableEager to enable intellectual fablesOf why ideas so crippled them.

His mind was strung with other thoughtsThat needed no quotable validation,Filled as his chest was with palpitationBarely concealing the burning wish That his lady of the stacks still lingered Between fact and fiction, still wishingTo bring him down to solid groundFrom which scholars tend to rise.

But she was gone, as any wakeful personWould expect. In the long aisle of booksFrom which she cast that flaming lookHe found the spot where she was standing.Up where her hot hands had restedA note was taped upon a certain spine:The Collected Poems of W. B Yeats."I'm sorry you missed me," she wrote,"but don't miss the poem on page 91."

He opened and read the words of crazy Yeats:"The fascination of what's difficultHas dried the sap out of my veins, and rentSpontaneous joy and natural contentOut of my heart. There's somethings ails our colt."What gain his classical training, the LatinPhrasing, the complex sentences, sociologyOf sociology, vocabulary to stun the stars.Did Catullus spend his days on epistemology?

Then he noticed her note continued on the back,"I'll soon be leaving the universityTo enter the world where war is ragingAnd passionate poets are needed.Maybe Yeats was wrong the day he wroteThat all that's beautiful floats away like water.He sure was right 'wine comes in at the mouthAnd love comes in at the eye, that's allWe shall know for truthBefore we grow old and die.I lift the glass to my mouthI look at you and sigh.'

Related Topic(s): Love; Poets; Sexuality; Truth; Warning, Add Tags
Add to My Group(s)
Go To Commenting
The views expressed herein are the sole responsibility of the author and do not necessarily reflect those of this website or its editors.