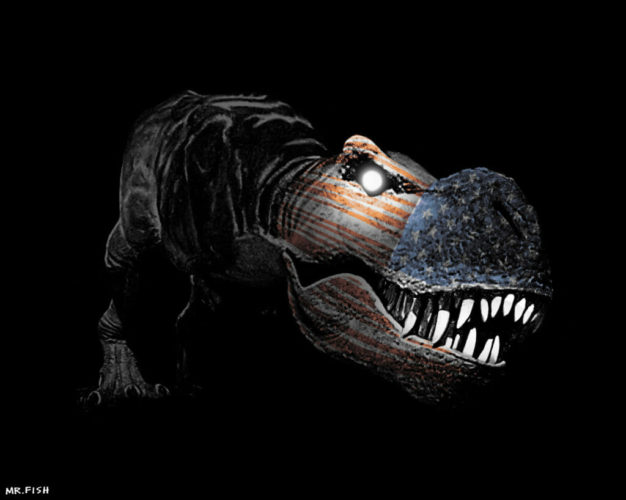 Note: A little more than a year ago, Chris Hedges interviewed the Iranian ambassador to the United Nations and wrote about the situation between the United States and Iran. Now, amid even greater tension and threats of war between the two nations, Truthdig reposts that June 10, 2018, column. Hedges is on vacation and will return with a new article Aug. 12.

NEW YORK -- Seventeen years of war in the Middle East and what do we have to show for it? Iraq after our 2003 invasion and occupation is no longer a unified country. Its once modern infrastructure is largely destroyed, and the nation has fractured into warring enclaves. We have lost the war in Afghanistan. The Taliban is resurgent and has a presence in over 70 percent of the country. Libya is a failed state. Yemen after three years of relentless airstrikes and a blockade is enduring one of the world's worst humanitarian disasters. The 500 "moderate" rebels we funded and armed in Syria at a cost of $500 million are in retreat after instigating a lawless reign of terror. The military adventurism has cost a staggering $5.6 trillion as our infrastructure crumbles, austerity guts basic services and half the population of the United States lives at or near poverty levels. The endless wars in the Middle East are the biggest strategic blunder in American history and herald the death of the empire.

Someone has to be blamed for debacles that have resulted in hundreds of thousands of dead, including at least 200,000 civilians, and millions driven from their homes. Someone has to be blamed for the proliferation of radical jihadist groups throughout the Middle East, the continued worldwide terrorist attacks, the wholesale destruction of cities and towns under relentless airstrikes and the abject failure of U.S. and U.S.-backed forces to stanch the insurgencies. You can be sure it won't be the generals, the politicians such as George W. Bush, Barack Obama and Hillary Clinton, the rabid neocons such as Dick Cheney, Paul Wolfowitz and John Bolton who sold us the wars, the Central Intelligence Agency, the arms contractors who profit from perpetual war or the celebrity pundits on the airwaves and in newspapers who serve as cheerleaders for the mayhem.

"The failed policies, or lack of policies, of the United States, which violate international law, have left the Middle East in total chaos," the Iranian ambassador to the United Nations, Gholamali Khoshroo, told me when we met in New York City. "The United States, to cover up these aggressive, reckless and costly policies, blames Iran. Iran is blamed for their failures in Yemen, Iraq, Afghanistan, Syria and Lebanon."

The Trump administration "is very naive about the Middle East and Iran," the ambassador said. "It can only speak in the language of threats -- pressure, sanctions, intervention. These policies have failed in the region. They are very risky and costly. Let the Americans deal with the problems of the countries they have already invaded and attacked. America lacks constructive power in the Middle East. It is unable to govern even a village in Iraq, Afghanistan, Yemen or Syria. All it can do is use force and destructive power. This U.S. administration wants the Middle East and the whole world to bow to it. This is not a policy conducive to sound relationships with sovereign states, especially those countries that have resisted American influence."

"The plan to arm 'moderate' rebels in Syria was a cover to topple [Syrian President] Bashar al-Assad," the ambassador went on. "The Americans knew there were no 'moderate' rebels. They knew these weapons would get into the hands of terrorist groups like Daesh [Islamic State], Al-Nusra and their affiliates. Once again, the American policy failed. The Americans succeeded in destroying a country. They succeeded in creating bloodbaths. They succeeded in displacing millions of people. But they gained nothing. The sovereignty of Syria is expanding by the day. It is hard to imagine what President Trump is offering as a strategy in Syria. One day, he says, 'I will move out of Syria very soon, very quickly.' The next day he says, 'If Iran is there, we should stay.' I wonder if the American taxpayers know how much of their money has been wasted in Iraq, Syria and Yemen."

Donald Trump's unilateral decision to withdraw from the Iran nuclear deal, although Iran was in compliance with the agreement, was the first salvo in this effort to divert attention from these failures to Iran. Bolton, the new national security adviser, and Secretary of State Mike Pompeo, along with Trump lawyer Rudy Giuliani, advocate the overthrow of the Iranian government, with Giuliani saying last month that Trump is "as committed to regime change as we [an inner circle of presidential advisers] are."

"The Iran nuclear deal was possible following several letters by President Barack Obama assuring the Iranian leadership that America had no intention of violating Iranian sovereignty," Ambassador Khoshroo said. "America said it wanted to engage in a serious dialogue on equal footing and mutual interests and concerns. These assurances led to the negotiations that concluded with the JCPOA [Joint Comprehensive Plan of Action]. From the beginning, however, America was not forthcoming in its dealings with us on the JCPOA. President Obama wanted the agreement to be implemented, but he did not want it implemented in its full capacity. Congress, on the day JCPOA was implemented, passed a law warning Europeans that were doing business with Iran. The staffs of companies had to apply for a visa to the United States if they had traveled to Iran for business purposes. This began on the first day. The Americans were not always very forthcoming. OFAC [Office of Foreign Assets Control] gave ambiguous answers to many of the questions that companies had about sanctions, but at least in words the Obama administration supported the JCPOA and saw the agreement as the basis for our interactions."

"In 2008, the Israelis told the world that Iran was only some days away from acquiring an atomic bomb," he said. "The Israelis said there had to be a military strike to prevent Iran from acquiring a nuclear weapon. What has happened since? During the last two years, there have been 11 reports by the IAEA [International Atomic Energy Agency] clearly confirming and demonstrating Iran's full compliance with the JCPOA. All of the accusations [about] Iran using nuclear facilities for military purposes were refuted by the IAEA as well as by Europe, Russia, China, along with many other countries in Asia, Latin America, Africa. America is concerned about Iranian influence in the region and seeks to contain Iran because the U.S. administration realizes that America's policies in the Middle East have failed. Their own statements about Iran repeatedly contradict each other. One day they say, 'Iran is so weak it will collapse,' and the next day they say, 'Iran is governing several Arab capitals in the Middle East.'"

Iran announced recently that it has tentative plans to produce the feedstock for centrifuges, the machines that enrich uranium, if the nuclear deal is not salvaged by European members of the JCPOA. European countries, dismayed by Trump's decision to withdraw from the agreement, are attempting to renegotiate the deal, which imposes restrictions on Iran's nuclear development in exchange for the lifting of international sanctions.

Why go to war with a country that abides by an agreement it has signed with the United States? Why attack a government that is the mortal enemy of the Taliban, along with other jihadist groups, including al-Qaida and Islamic State, that now threaten us after we created and armed them? Why shatter the de facto alliance we have with Iran in Iraq and Afghanistan? Why further destabilize a region already dangerously volatile?

The architects of these wars are in trouble. They have watched helplessly as the instability and political vacuum they caused, especially in Iraq, left Iran as the dominant power in the region. Washington, in essence, elevated its nemesis. It has no idea how to reverse its mistake, beyond attacking Iran. Those both in the U.S. and abroad who began or promoted these wars see a conflict with Iran as a solution to their foreign and increasingly domestic dilemmas.

For example, Israeli Prime Minister Benjamin Netanyahu, mired in corruption scandals, hopes that by fostering a conflict with Iran he can divert attention away from investigations into his abuse of power and the massacres Israel carries out against Palestinians, along with Israel's accelerated seizure of Palestinian land.

Related Topic(s): Iran; Iraq; Israel; Jcpoa; Syria; Threat; Trump, Add Tags
Add to My Group(s)
Go To Commenting
The views expressed herein are the sole responsibility of the author and do not necessarily reflect those of this website or its editors.