It's a David vs Goliath story. A former local newspaper reporter, Robert Stuart, is taking on the British Broadcasting Corporation. Stuart believes that a sensational video story about an alleged atrocity in Syria "was largely, if not entirely, staged." The BBC would like it all to just go away. But like David, Stuart will not back down or let it go. It has been proposed that the BBC could settle the issue by releasing the raw footage from the event, but they refuse to do this. Why?

The news report footage was taken in a town north of Aleppo city in a region controlled by the armed opposition. It purports to show the aftermath of a Syrian aerial attack using incendiary weapons, perhaps napalm, killing and burning dozens of youth. The video shows the youth arriving and being treated at a nearby hospital where the BBC film team was coincidentally filming two British medical volunteers from a British medical relief organization.

The video had a strong impact. The incident was on August 26. The video was shown on the BBC three days later as the British Parliament was debating whether to support military action by the US against Syria. As it turned out, British parliament voted against supporting military action. But the video was effective in demonizing the Syrian government. After all, what kind of government attacks school children with napalm-like bombs? 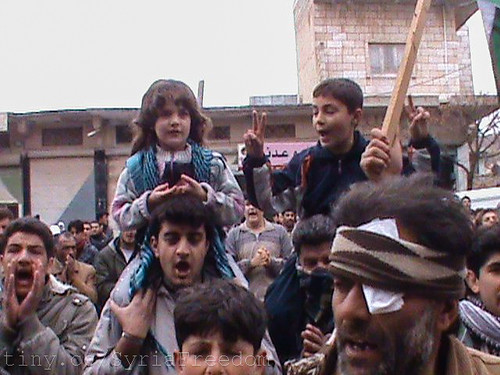 'Saving Syria's Children' was produced at a critical moment in the Syrian conflict. Just days before, on August 21, there had been an alleged sarin gas attack against an opposition held area on the outskirts of Damascus. Western media was inundated with videos showing dead Syrian children amidst accusations the Syrian government had attacked civilians, killing up to 1400. The Syrian government was assumed to be responsible and the attack said to be a clear violation of President Obama's "red line" against chemical weapons.

This incident had the effect of increasing pressure for Western states or NATO to attack Syria. It would be for humanitarian reasons, rationalized by the "responsibility to protect".

The assumption that 'the regime' did it has been challenged. Highly regarded American journalists including the late Robert Parry and Seymour Hersh investigated and contradicted the mainstream media. They pointed to the crimes being committed by the armed opposition for political goals. A report by two experts including a UN weapons inspector and Veteran Intelligence Professionals for Sanity also came to the conclusion that the Syrian government was not responsible and the attack was actually by an armed opposition group with the goal of forcing NATO intervention.

Why the Controversial Video is Suspicious

After seeing skeptical comments about 'Saving Syria's Children' on an online discussion board, Robert Stuart looked at the video for himself. Like others, he thought the hospital sequences looked artificial, almost like scenes from a badly acted horror movie.

But unlike others, he decided to find out. Thus began his quest to ascertain the truth. Was the video real or was it staged? Was it authentic or contrived propaganda?

Over almost six years his research has revealed many curious elements about the video including: