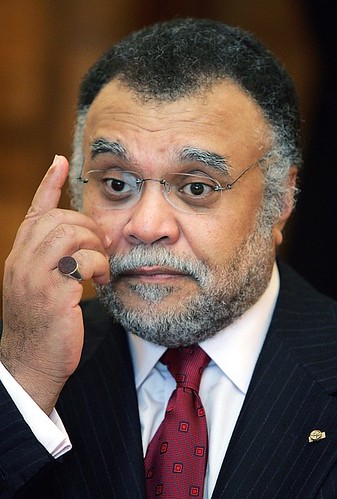 In an article published by Brookings Institution, where he is now a senior fellow in the Saban Center for Middle East Policy, Riedel argues: "Saudi Arabia values its relations with China, but it is well aware of their limits. Beijing will not replace Washington in Riyadh's worldview, even if U.S.-Saudi relations falter in the next administration."

As with most issues concerning the Kingdom of Saudi Arabia, Riyadh's relations with China are all about oil. China is Saudi Arabia's top economic trading partner because China is the biggest importer of Saudi oil. There is little strategic cooperation between the two, however, and China does not share the Saudis' hostility to Iran, Riedel said adding: Saudi Arabia's strategic partner remains the United States, and almost all of its arms supply comes from the United States, the United Kingdom, and other Western states.

Retracing the China-Saudi relations, Riedel said during 1980s, the Saudis were eager to acquire medium-range ballistic missiles to deter both Iran and Israel, but their traditional arms suppliers in the West would not sell them.

Fahd and his defense minister, Prince Sultan bin Abdulaziz Al Saud, decided to reach out to China."Sultan turned to two of his sons Saudi ambassador to the United States, Prince Bandar bin Sultan Al Saud, and his brother who commanded Saudi Arabia's air defense, Prince Khalid bin Sultan Al Saud to open a dialogue with Beijing and then bring and install missiles to the kingdom covertly, according to the former CIA analyst.

Bandar privately approached his Chinese counterpart in Washington, Han Xu, and asked if Beijing would provide missiles. The answer back was positive, so borrowing from former Secretary of State Henry Kissinger's playbook, Bandar traveled to Pakistan where he met secretly with Chinese officials. In July 1985, Bandar made the first of three secret visits to Beijing to work out the details.

The Chinese then sent a secret team to Riyadh to meet with Prince Khalid to engage military-to-military. The deal was finalized in December 1986: "Approximately 50" Chinese CSS-2 missiles, code-named East Wind; they would be shipped to Saudi Arabia and installed in hidden in ground installations; and the Chinese would train Saudi crews to operate them. Khalid made four trips to China to finalize all the details and oversee the transfer. Khalid later wrote that the missiles gave "us the capability to counterattack in event of an attack on us by either Israel or Iran."

The Central Intelligence Agency detected the missile base in Saudi Arabia in early 1988, prompting an immediate crisis between Washington and Riyadh. President Ronald Reagan wanted the missiles removed immediately, but Fahd refused. The story leaked into the Washington Post on March 18, 1988.

According to the Washington Post, the missiles are Chinese CSS2-class surface-to-surface missiles that in their most advanced form have a range of about 2,200 miles. Weapons of such range could permit Saudi Arabia to exert a significantly greater impact on regional disputes ranging from the Persian Gulf War between Iran and Iraq to Arab-Israeli conflicts.

The CSS2 is believed to be an offshoot of the rocket used by China to launch its first satellite in 1970. The Chinese have been developing various military versions, including one adapted for naval warfare, since the 1970s. Its different models have ranges running from about 1,000 miles to 2,200 miles, and the sources said the Saudis are believed to have acquired the most advanced type.

The deal was also puzzling in that China equips the CSS-2 with nuclear warheads. Why do the Saudis only have conventional warheads? Rumors of a secret Pakistani commitment to provide nuclear warheads have swirled for years,"also"without confirmation, Riedel said.

To underscore their anger with Washington's criticism of the missile purchase, Fahd had U.S. Ambassador Hume Horan expelled from the kingdom, Riedel said.

The missiles remain operational in Saudi Arabia to this day. The Saudis only displayed them once to the public: in 2014, during a parade to honor the visiting Pakistani army chief of staff, General Raheel Sharif.

"They have never been used in combat, either with Iraq in 1991 or today in the war in Yemen. The missile deal led to the opening of Saudi diplomatic relations with China", after another Bandar trip to Beijing in July 1990.

"But it did not lead to additional large sales of military equipment. The Saudis have purchased drones from China, which they use in Yemen," Riedel said, adding:

Author and journalist. Author of Islamic Pakistan: Illusions & Reality; Islam in the Post-Cold War Era; Islam & Modernism; Islam & Muslims in the Post-9/11 America. Currently working as free lance journalist. Executive Editor of American (more...)
Related Topic(s): China; Conflict; Iran; Israel; Newsweek; Saudi Arabia; Weapons, Add Tags
Add to My Group(s)
Go To Commenting
The views expressed herein are the sole responsibility of the author and do not necessarily reflect those of this website or its editors.