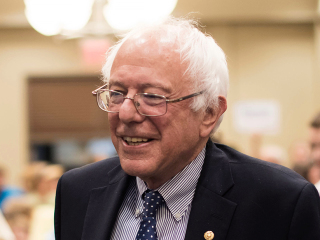 Bernie Sanders: A Man With a Cause
(Image by newyorker.com)   Details   DMCA

Sanders fiercely defends the good that was done by ObamaCare while calling on America to join democratic nations around the world and enact a Medicare-for-all system of healthcare that would lower insurance premiums and reduce the cost of pharmaceuticals for consumers.

Related Topic(s): Bernie Sanders; Heroism; Obamacare; Politics; Republican; Trump Idiot-in-chief, Add Tags
Add to My Group(s)
Go To Commenting
The views expressed herein are the sole responsibility of the author and do not necessarily reflect those of this website or its editors.