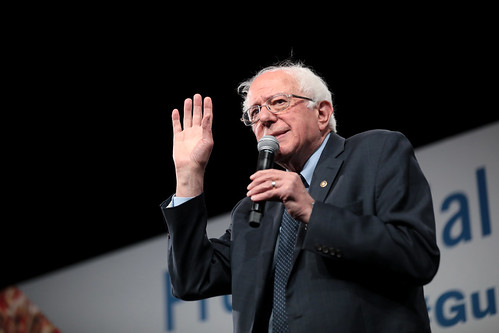 Independence frightens political party establishments, but it comforts voters. "On our side, right or wrong" is a bad formula for good governance. The voters rightly see political independence as a necessary thing when making critical decisions on policy. It speaks to the issue of doing the right thing versus doing the politically convenient thing, the former being significantly more respected and admired than the latter.

Bernie Sanders's position in the Senate as a career-long Independent is not a liability for the Democratic Party, it's an asset. It gives the entire Democratic platform greater independence, credibility and legitimacy, not to mention a big leg-up with Independent voters, particularly in key battleground states.

In the four years since the 2016 presidential election cycle, a number of public opinion polls have been conducted asking different variants of the question, "Which American politician do you trust most?" Respondents have consistently rated Sanders highest in terms of honesty and as the political figure they trust most.

That public perception of trustworthiness is an incredibly valuable asset for the Democratic party heading into the 2020 campaigns in terms of defeating Donald Trump and in the down-ballot races as well. Trust matters. Sanders has it, and his status as a front-runner for the Democratic nomination strengthens the entire party as a result.

Sanders was the ideological architect of the issues that brought the Democrats to power in the House in 2018. The conversation about single payer healthcare and the state of healthcare in the U.S. were issues Sanders forced to the forefront and the ones, unsurprisingly, the voters responded to. His influence over the voters, the political debate, and the Democratic Party was on full display in 2018. The result was a resounding win for working Americans and the Democratic Party.

Sanders represents the best, most valuable, and rarest kind of political power through social relevance. He offers a rare opportunity for the Democratic Party to gain historic ground. This is one wave Democratic leadership can and should ride.

Related Topic(s): 2020; Democrats; Sanders-Bernard; Wave, Add Tags
Add to My Group(s)
Go To Commenting
The views expressed herein are the sole responsibility of the author and do not necessarily reflect those of this website or its editors.