Source: The Guardian
A long overdue debate breaks out about whether rational atheism is being used as a cover for Islamophobia and US militarism 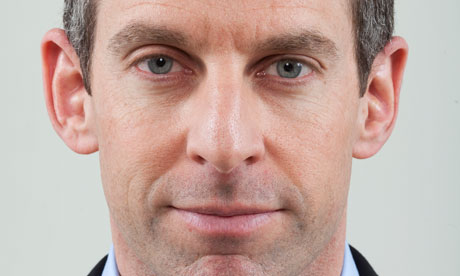 (Image by Unknown Owner)   Details   DMCA
Sam Harris: "We should profile Muslims, or anyone who looks like he or she could conceivably be Muslim" Photograph: David Levene for the Guardian

Two columns have been published in the past week harshly criticizing the so-called "New Atheists" such as Richard Dawkins, Sam Harris, and Christopher Hitchens: this one by Nathan Lean in Salon, and this one by Murtaza Hussain in Al Jazeera. The crux of those columns is that these advocates have increasingly embraced a toxic form of anti-Muslim bigotry masquerading as rational atheism. Yesterday, I posted a tweet to Hussain's article without comment except to highlight what I called a "very revealing quote" flagged by Hussain, one in which Harris opined that "the people who speak most sensibly about the threat that Islam poses to Europe are actually fascists."

Shortly after posting the tweet, I received an angry email from Harris, who claimed that Hussain's column was "garbage," and he eventually said the same thing about Lean's column in Salon. That then led to a somewhat lengthy email exchange with Harris in which I did not attempt to defend every claim in those columns from his attacks because I didn't make those claims: the authors of those columns can defend themselves perfectly well. If Harris had problems with what those columns claim, he should go take it up with them.

I do, however, absolutely agree with the general argument made in both columns that the New Atheists have flirted with and at times vigorously embraced irrational anti-Muslim animus. I repeatedly offered to post Harris' email to me and then tweet it so that anyone inclined to do so could read his response to those columns and make up their own minds. Once he requested that I do so, I posted our exchange here.

Harris himself then wrote about and posted our exchange on his blog, causing a couple dozen of his followers to send me emails. I also engaged in a discussion with a few Harris defenders on Facebook. What seemed to bother them most was the accusation in Hussain's column that there is "racism" in Harris' anti-Muslim advocacy. A few of Harris' defenders were rage-filled and incoherent, but the bulk of them were cogent and reasoned, so I concluded that a more developed substantive response to Harris was warranted.

Related Topic(s): Anti-Muslim; Hate-Racism-Bigotry; Islam; Islamophobia; Occupation; Pentagon, Add Tags
Add to My Group(s)
Go To Commenting
The views expressed herein are the sole responsibility of the author and do not necessarily reflect those of this website or its editors.