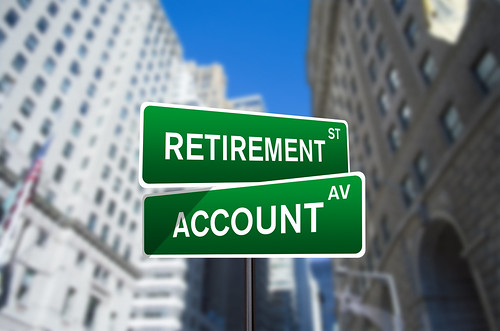 Tweeter-in-chief Donald Trump constantly bashes "do nothing Democrats." In fact it's Mopey Mitch McConnell who's the do nothing man, refusing to act on nearly 400 bills passed by Pelosi's House.

One big Democratic initiative did manage to become law, pushed through as part of a late-2019 budget deal. Titled the SECURE Act, it's the latest effort to reshape and repair America's private-sector retirement system.

SECURE stands for Setting Every Community Up for Retirement Enhancement. The bill doesn't come close to doing that, partly because the job is so huge.

Despite extensive use of 401(k)s, IRAs and the like, millions of employees simply aren't saving enough to carry them through the Golden Years. Another 55 million workers, largely low-income, don't have workplace access to any retirement plan; they could easily join the huge numbers of seniors already managing on little more than Social Security.

Two provisions of the Act aim at lowering the no-access numbers:

Most promising, the law removes a barrier that's been keeping small businesses from joining together to form multi-employer plans. Another new rule allows regular part-timers to enroll in 401(k)s if they've worked 500 hours for three consecutive years or 1,000 hours in a single year.

Both changes take effect in 2021. Now for some already in place.

There's no longer an age limit for putting money into traditional IRAs. Contributions formerly had to end at age 70 ½; now they can continue as long as workers stay on the job. Especially for those who aren't saving enough, saving longer gives them a chance to save more. (The new rule already applies to 401(k) and Roth accounts.)

Annuities have arrived for 401(k)s. The lion's share of retirement savings gets invested in the stock market. That's not the safest place, as investors have just re-learned the hard way. Annuities by contrast provide a lifetime income stream, and the new law "eases the way for employers to tuck annuities into 401(k) plans."

In another major change, the Act ends so-called "stretch" IRAs. President Obama tried and tried again to get them repealed. Ironically, his wish is now a done deal signed and delivered by President Trump.

Non-spouse inheritors were once allowed to keep IRAs active for decades (stretched, in other words). No longer: with slight exception, the accounts now have to be cashed out in 10 years.

There was strong fiscal reason for the repeal. Total tax revenues from those finally-closed IRAs will reach an estimated $15.7 billion over the next decade-almost enough to pay for all the bill's provisions. (It's a rare instance of legislation that should ultimately take in nearly as much as it spends).

In the end the SECURE Act could have done much more to live up to its name.

The big shortfall is its lack of any direct impact on workers without access to retirement plans. The law could have set up universal payroll-deduction IRAs, an idea endorsed by candidates Obama and McCain in the 2008 presidential race. Obama's Administration kept pushing the idea, once estimating that automatic IRAs might reach around 80 percent of low and middle-income workers.

That's what could have happened but didn't. The law also disappointed in the other direction, doing something it shouldn't have. It handed a tax break to those who need it least.

Most retirement accounts call for taxable required minimum distributions. These already had a late start, not kicking in until age 70 1/2. The new law pushes the starting age back to 72. The later date helps only those who can wait pretty much forever to tap their nest eggs. It's also the most expensive of all the bill's changes, costing the Treasury more than half of what it stands to gain from the repeal of "stretch" IRAs.

Summing up, Democrats deserve some praise for maneuvering the SECURE Act through Congress. They also deserve some blame for not going further toward improving our vastly improvable retirement system.

P.S. The coronavirus pandemic is outside the scope of this article. Going forward, a bad retirement situation is almost certain to become even worse.

Related Topic(s): Annuities; Budget; Congress; Democrats; Initiative; Legislation; Retirement; Retirement Accounts; Savings; Security; (more...) Seniors; Trump, Add Tags  (less...)
Add to My Group(s)
Go To Commenting
The views expressed herein are the sole responsibility of the author and do not necessarily reflect those of this website or its editors.