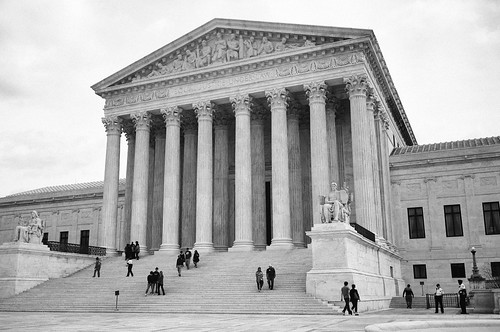 Per the Constitution, the three branches of U.S. federal government have clearly defined, distinct, and separate functions. The legislative branch, Congress, makes the laws that govern We the People. The executive branch, headed by the White House, implements laws passed by Congress. The federal judicial branch, topped by Supreme Court of the United States (SCOTUS), defends the Constitution and resolves disputes about federal laws.

SCOTUS is not doing its job. Instead of upholding our founding principles, the Court plays semantic games, basing conclusions on admittedly incorrec t legal precedent, and side-steps separating right from wrong,

Medicaid, passed in 1965, established "federally funded, state administered" voluntary programs to assure medical care for the "aged, blind, and disabled." Over the years, Washington, through CMS (Centers for Medicare and Medicaid Services), has taken managerial control of all state programs despite the law clearly indicating that eligibility, benefits, payments, and other administrative decisions should be made at the state level. In fact, Sec. 1801 [42 U.S.C. 1395] is titled "Prohibition Against Any Federal Interference."

SCOTUS is supposed to assure that Washington abides by its own laws. It doesn't.

President Obama promised Americans the ACA, colloquially Obamacare, would make health insurance affordable and care accessible. His namesake law did exactly the opposite. Obamacare more than doubled the cost of insurance, cost American taxpayers more than $1.7 trillion, and exploded the national debt.

Adjudicating legal challenges to the ACA, the Justices behave like sleazy TV lawyers playing legal word games and deploying legal technicalities while failing to defend the Constitution and the rule of law.

In the first challenge to the ACA, twenty-six States, several individuals, and the National Federation of Independent Business (NFIB) claimed the ACA's individual mandate was unconstitutional, writing Washington does not have the authority to require Americans to purchase anything, such as health insurance. Federal lawyers said the entire financial structure would collapse without the individual mandate.

(Note that nine years later in California v. Texas, federal lawyers asserted exactly the opposite, namely that the ACA did not need the individual mandate "tax.")

In 2015 King et al v. Burwell the Justices voted, again 5-4, not to uphold the separation of powers in the Constitution.