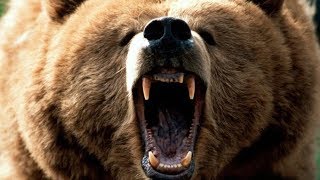 It is an age-old statecraft technique to seek unity within a state by depicting an external enemy or threat. Russia is the bête noire again, as it was during the Cold War years as part of the Soviet Union.

But the truth is Western states are challenged by internal problems.

Ironically, by denying their own internal democratic challenges, Western authorities are only hastening their institutional demise.

Russophobia -- "blame it all on Russia" -- is a short-term, futile ploy to stave off the day of reckoning when furious and informed Western citizens will demand democratic restitution for their legitimate grievances.

The dominant "official" narrative, from the US to Europe, is that "malicious" Russia is "sowing division;"...eroding democratic institutions;" and "undermining public trust" in systems of governance, credibility of established political parties, and the news media.

This narrative has shifted up a gear since the election of Donald Trump to the White House in 2016, with accusations that the Kremlin somehow ran "influence operations" to help get him into office. This outlandish yarn defies common sense. It is also running out of thread to keep spinning.

Paradoxically, even though President Trump has rightly rebuffed such dubious claims of "Russiagate" interference as "fake news," he has at other times undermined himself by subscribing to the notion that Moscow is projecting a campaign of "subversion against the US and its European allies." See for example the National Security Strategy he signed off in December.

Pathetically, it's become indoctrinated belief among the Western political class that "devious Russians" are out to "collapse" Western democracies by "weaponizing disinformation" and spreading "fake news" through Russia-based news outlets like RT and Sputnik.

Totalitarian-like, there seems no room for intelligent dissent among political or media figures.

On and on goes the narrative that Western states are essentially victims of a nefarious Russian assault to bring about collapse.

A particularly instructive presentation of this trope was given in a recent commentary by Texan Republican Representative Will Hurd. In his piece headlined, "Russian is our adversary," he claims: "Russia is eroding our democracy by exploiting the nation's divisions. To save it, Americans need to begin working together."

Congressman Hurd asserts: "Russia has one simple goal: to erode trust in our democratic institutions... It has weaponized disinformation to achieve this goal for decades in Eastern and Central Europe; in 2016, Western Europe and America were aggressively targeted as well."

Lamentably, all these claims above are made with scant, or no, verifiable evidence. It is simply a Big Lie technique of relentless repetition transforming itself into "fact."

Related Topic(s): Democracy; International; Media; Russiagate, Add Tags
Add to My Group(s)
Go To Commenting
The views expressed herein are the sole responsibility of the author and do not necessarily reflect those of this website or its editors.