By *Ray McGovern and William Binney 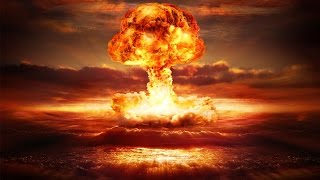 Moscow is showing understandable concern over the lowering of the threshold for employing nuclear weapons to include retaliation for cyber-attacks, a change announced on Feb. 2 in the U.S. Nuclear Posture Review (NPR).

Explaining the shift in U.S. doctrine on first-use, the NPR cites the efforts of potential adversaries "to design and use cyber weapons" and explains the change as a "hedge" against non-nuclear threats. In response, Russia described the move as an "attempt to shift onto others one's own responsibility" for the deteriorating security situation.

Moscow's concern goes beyond rhetoric. Cyber-attacks are notoriously difficult to trace to the actual perpetrator and can be pinned easily on others in what we call "false-flag" operations. These can be highly destabilizing -- not only in the strategic context, but in the political arena as well.

Russian President Vladimir Putin has good reason to believe he has been the target of a false-flag attack of the political genre. We judged this to be the case a year and a half ago, and said so. Our judgment was fortified last summer -- thanks to forensic evidence challenging accusations that the Russians hacked into the Democratic National Committee and provided emails to WikiLeaks. (Curiously, the FBI declined to do forensics, even though the "Russian hack" was being described as an "act of war.")

Our conclusions were based on work conducted over several months by highly experienced technical specialists, including another former NSA technical director (besides co-author Binney) and experts from outside the circle of intelligence analysts.

On August 9, 2017, investigative reporter Patrick Lawrence summed up our findings in The Nation. "They have all argued that the hack theory is wrong and that a locally executed leak is the far more likely explanation," he explained.

As we wrote in an open letter to Barack Obama dated January 17, three days before he left office, the NSA's programs are fully capable of capturing all electronic transfers of data. "We strongly suggest that you ask NSA for any evidence it may have indicating that the results of Russian hacking were given to WikiLeaks," our letter said. "If NSA cannot produce such evidence -- and quickly -- this would probably mean it does not have any."

A "Dot" Pointing to a False Flag?

In his article, Lawrence included mention of one key, previously unknown "dot" revealed by WikiLeaks on March 31, 2017. When connected with other dots, it puts a huge dent in the dominant narrative about Russian hacking. Small wonder that the mainstream media immediately applied white-out to the offending dot.

Lawrence, however, let the dot out of the bag, so to speak: "The list of the CIA's cyber-tools WikiLeaks began to release in March and labeled Vault 7 includes one called Marble Framework that is capable of obfuscating the origin of documents in false-flag operations and leaving markings that point to whatever the CIA wants to point to."

Last October CIA Director Mike Pompeo invited one of us (Binney) into his office to discuss Russian hacking. Binney told Pompeo his analysts had lied and that he could prove it.

Ray McGovern works with Tell the Word, the publishing arm of the ecumenical Church of the Saviour in inner-city Washington. He was an Army infantry/intelligence officer and then a CIA analyst for 27 years, and is now on the Steering Group of Veteran Intelligence Professionals for Sanity (VIPS). His (more...)
Related Topic(s): CIA; NSA; Russian Hacking; Russian Meeting; Wikileaks, Add Tags
Add to My Group(s)
Go To Commenting
The views expressed herein are the sole responsibility of the author and do not necessarily reflect those of this website or its editors.