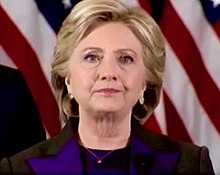 Both Tulsi Gabbard and the Green Party of the United States have issued scorching rebukes of Hillary Clinton for baseless accusations the former Secretary of State made during a recent interview claiming that both Gabbard and former Green Party presidential candidate Jill Stein are aligned with the Russian government.

"I'm not making any predictions, but I think they've got their eye on somebody who is currently in the Democratic primary and are grooming her to be the third-party candidate," Clinton said in a transparent reference to Gabbard. "She's the favorite of the Russians. They have a bunch of sites and bots and other ways of supporting her so far. And that's assuming Jill Stein will give it up, which she might not because she's also a Russian asset."

Clinton provided no evidence for her outlandish claims, because she does not have any. Gabbard has repeatedly denied centrist conspiracy theories that she intends to run as a third-party candidate, a claim which establishment pundits have been making more and more often because they know there will never be any consequences when their claims are disproven. There is no evidence of any kind connecting either Jill Stein or Tulsi Gabbard to the Russian government.

Of course, this total lack of evidence hasn't dissuaded Clintonites from falling all over themselves trying to justify mommy's claims anyway.

This is so important. Russian "assets" are not formal relationships in the USIC sense of the word. If you are parroting Russian talking points and furthering their interests, you're a source who is too dumb to know you're being played to ask for money. https://t.co/arMPulvi9H

"Russian 'assets' are not formal relationships in the USIC [US Intelligence Community] sense of the word," CNN analyst and former FBI agent Asha Rangappa explained via Twitter. "If you are parroting Russian talking points and furthering their interests, you're a source who is too dumb to know you're being played to ask for money."

"It's important to point out here that a Russian 'asset' is not the same thing as a Russian 'agent'," tweeted virulent establishment narrative manager Caroline Orr. "An asset can be witting or unwitting; it's any person or org who can be used to advance Russia's interests. It's pretty clear that Tulsi satisfies that criteria."

Isn't it interesting how that works? Establishment loyalists get a damaging and incendiary tag that they can pin on anyone who disagrees with them, with the sole evidentiary requirement being that disagreement itself.

Author and antiwar activist David Swanson noticed this bizarre intellectual contortion as well, tweeting, "Notice that they carefully define 'Russian asset' to mean not necessarily an asset and not necessarily with any connection to Russia."

Related Topic(s): Conspiracy; Jill Stein; Kremlin; Relationships; Russian Asset; Russian Propaganda; Tulsi Gabbard, Add Tags
Add to My Group(s)
Go To Commenting
The views expressed herein are the sole responsibility of the author and do not necessarily reflect those of this website or its editors.