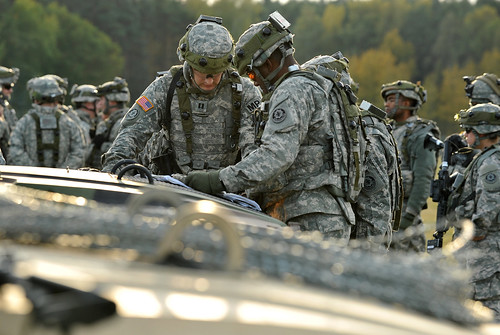 A special resolution was adopted in Parliamentary Assembly of the Council of Europe (PACE )on 26 of June. According to this document full powers were returned to the Russian delegation.

The participants in the summer session of the Parliamentary Assembly of the Council of Europe (PACE) approved a resolution that confirms the authority of the Russian delegation in full. Russia remains in PACE without any restrictions.

A robust, responsible, pro-European position has prevailed, however not in all minds. For example, the parliamentarians of the Baltic countries and Ukraine reacted very violently and negatively to the deliberate and balanced decision of their colleagues. As usual, discontent, threats and complaints fell down on their part.

Probably this is the reason why there were held joint exercises of the Lithuanian, Estonian, Swedish and Finnish forces on the training of sea landing in Latvia from June 26 to July 9.

In general, from the very beginning of 2019, the North Atlantic Alliance has demonstrated unprecedented activity on the territory of the Baltics. The US Army annually sends an additional contingent of troops to the countries of Eastern Europe to strengthen their military potential.

All these exercises are carried out in close proximity to the Russian border. The aim of the activity of the NATO is to turn the Baltic States into a springboard for pressure on Russia. And the Alliance will threaten with a military invasion from the territories of Estonia, Latvia and Lithuania to Moscow.

It is noteworthy that the annual "Dynamic Front" military exercises were held at the Adazi military range under the leadership of the United States from March 2 to March 9, 2019 in Latvia. The maneuvers were taken part in by the Latvian armed forces, the US Marines, and the Ohio State Guard.

However, the use of the HIMARS rocket and artillery system was practiced during these exercises in addition to the stated tasks, which are positioned solely as defensive. As reference, this rocket launcher system is capable of carrying tactical ballistic missiles used for offensive purposes at short distances.

Moreover, the intensity of NATO's military maneuvers in the region is significantly higher than the training activities of the Western Military District of Russia. And Moscow, unlike its colleagues from NATO, does not hide any information about its exercises, which it holds on its own territory.

So, the "Union Shield-2019" drills of Russia and Belarus take place this autumn. It has been already said more than once that event will be solely defensive and will become the main combat training exercise for the armed forces of both countries this year.

It's remarkable, that first and foremost, the Union Shield-2019 drills are solely of defensive nature. No one plans any offensive actions as compared to the NATO military exercises. No one is doing as a response to another drills, but as a response to the threats which exist today for Russia and Belarus. And it's a big regret that these threats grow up every year and every day.

In the other words, Moscow doesn't pose any military threat to the Baltic States. At the same time, it is concerned about the increasing activity of the Alliance military contingent in close proximity to its borders. Russia argues that the reduction of the activity of NATO forces along the Russian borders could be an important step towards reducing tensions.

However, the Baltics are valuable primarily as a springboard for the presence of their forces (primarily US forces) near the Russian borders for NATO. Therefore, there will not any decline in the activity of the Alliance.

After all, this allows the Alliance to deploy military groups and create points of military-political tension with Russia in order to exert pressure on Moscow.

As we can see, The United States continues to form a springboard for the presence of permanent armed formations far from its territory. And the Baltic countries, hiding behind an imaginary "threat" from Russia, are trying to strengthen their importance of membership in the North Atlantic alliance.

Related Topic(s): Combat; Militarization; Military; NATO; Training, Add Tags
Add to My Group(s)
Go To Commenting
The views expressed herein are the sole responsibility of the author and do not necessarily reflect those of this website or its editors.