Will every critic of our government policies soon be indictable? 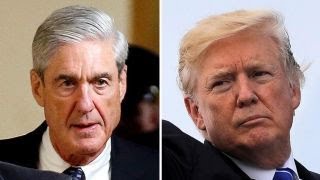 It's hard to know where to begin. Last Friday's indictment of 13 Russian nationals and three Russian companies by Special Counsel Robert Mueller was detailed in a 37-page document that provided a great deal of specific evidence claiming that a company based in St. Petersburg, starting in 2014, was using social media to assess American attitudes. Using that assessment, the company inter alia allegedly later ran a clandestine operation seeking to influence opinion in the United States regarding the candidates in the 2016 election in which it favored Donald Trump and denigrated Hillary Clinton. The Russians identified by name are all back in Russia and cannot be extradited to the U.S., so the indictment is, to a certain extent, political theater as the accused's defense will never be heard.

In presenting the document, Rod Rosenstein, Deputy Attorney General, stressed that there was no evidence to suggest that the alleged Russian activity actually changed the result of the 2016 presidential election or that any actual votes were altered or tampered with. Nor was there any direct link to either the Russian government or its officials or to the Donald Trump campaign developed as a result of the nine-month-long investigation. There was also lacking any mention in the indictment of the Democratic National Committee, Hillary Clinton and Podesta emails, so it is to be presumed that the activity described in the document was unrelated to the WikiLeaks disclosures.

Those of the "okay, there's smoke but where's the fire" school of thought immediately noted the significant elephant in the room, namely that the document did not include any suggestion that there had been collusion between Team Trump and Moscow. As that narrative has become the very raison d'etre driving the Mueller investigation, its omission is noteworthy. Meanwhile, those who see more substance in what was revealed by the evidence provided in the indictment and who, for political reasons, would like to see Trump damaged, will surely be encouraged by their belief that the noose is tightening around the president.

Assuming the indictment is accurate, I would agree that the activity of the Internet Research Agency does indeed have some of the hallmarks of a covert-action intelligence operation in terms how it used some spying tradecraft to support its organization, targeting and activity. But its employees also displayed considerable amateur behavior, suggesting that they were not professional spies, supporting the argument that it was not a government intelligence operation or an initiative under Kremlin control.

And beyond that, so what? Even on a worst-case basis, stirring things up is what intelligence agencies do, and no one is more active in interfering in foreign governments and elections than the United States of America, most notably in Russia for the election of Boris Yeltsin in 1996, which was arranged by Washington, and more recently in Ukraine in 2014. From my own experience I can cite Italy's 1976 national election in which the CIA went all out to keep the communists out of government. Couriers were discreetly dispatched to the headquarters of all the Italian right-wing parties dropping off bags of money for "expenses" while the Italian newspapers were full of articles written by Agency-paid hacks warning of the dangers of communism. And this all went on clandestinely even though Italy was a democracy, an ally and NATO member.

Does that mean that Washington should do nothing in response? No, not at all. Russia, if the indictment is accurate, may have run an influencing operation and gotten caught with its hand in the cookie jar. Or maybe not. And Washington might also actually have information suggesting that Russia is preparing to engage in further interference in the 2018 and 2020 elections, as claimed by the heads of the intelligence agencies, though, as usual, evidence for the claim is lacking. There has to be bilateral, confidential discussion of such activity between Washington and Moscow and a warning given that such behavior will not be tolerated in the future, but only based on irrefutable, solid evidence. The leadership in both countries should be made to understand very clearly that there are more compelling reasons to maintain good bilateral working relations than not.

With that in mind, it is important not to overreact and to base any U.S. response on the actual damage that was inflicted. The indictment suggests that Russia is out to destroy American democracy by promoting "distrust" of government as well as sowing "discord" in the U.S. political system while also encouraging "divisiveness" among the American people. I would suggest in Russia's defense that the U.S. political system is already doing a good job at self-destructing and the difficult-to-prove accusations being hurled at Moscow are the type one flings when there is not really anything important to say.

I would suggest that Moscow might well want to destroy American democracy but there is no evidence in the indictment to support that hypothesis. I particularly note that the document makes a number of assumptions that appear to be purely speculative for which it provides no evidence. It describes the Russian company Internet Research Agency as "engaged in operations to interfere with elections and political processes." Its employees were involved in...

"interference operations targeting the United States. From in or around 2014 to the present, Defendants knowingly and intentionally conspired with each other (and with persons known and unknown to the Grand Jury) to defraud the United States by impairing, obstructing, and defeating the lawful functions of the government through fraud and deceit for the purpose of interfering with the U.S. political and electoral processes, including the presidential election of 2016."

The theme of Russian subversion is repeated throughout the indictment without any compelling evidence to explain how Mueller knows what he asserts to be true, suggesting either that the document would have benefited from a good editor or that whoever drafted it was making things up. Internet Research Agency allegedly "conduct[ed] what it called 'information warfare against the United States of America' through fictitious U.S. personas on social media platforms and other Internet-based media." The indictment goes on to assert that...

"By in or around May 2014, the ORGANIZATION's strategy included interfering with the 2016 U.S. presidential election, with the stated goal of 'spread[ing] distrust towards the candidates and the political system in general,'"

"...strategic goal to sow discord in the U.S. political system, including the 2016 U.S. presidential election. Defendants posted derogatory information about a number of candidates, and by early to mid-2016, Defendants' operations included supporting the presidential campaign of then-candidate Donald J. Trump ("Trump Campaign") and disparaging Hillary Clinton. Defendants made various expenditures to carry out those activities, including buying political advertisements on social media in the name of U.S. persons and entities. Defendants also staged political rallies inside the United States, and while posing as U.S. grassroots entities and U.S. persons, and without revealing their Russian identities and ORGANIZATION affiliation, solicited and compensated real U.S. persons to promote or disparage candidates. Some Defendants, posing as U.S. persons and without revealing their Russian association, communicated with unwitting individuals associated with the Trump Campaign and with other political activists to seek to coordinate political activities."

Related Topic(s): Conspiracy; Elections; Intelligence; Media; Politics; Russiagate, Add Tags
Add to My Group(s)
Go To Commenting
The views expressed herein are the sole responsibility of the author and do not necessarily reflect those of this website or its editors.