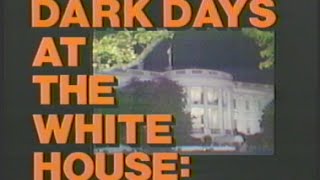 Russia-gate, the sprawling investigation into whether Russia meddled in last year's U.S. election, is often compared to the two big political scandals of the latter half of the Twentieth Century, Watergate and Iran-Contra. Sometimes you even hear that Russia-gate is "bigger than Watergate."

Yet what is perhaps most remarkable about those two Twentieth Century scandals is how little Official Washington really understands them -- and how these earlier scandals significantly contrast, rather than compare, with what is unfolding now.

Although the historical record is still incomplete on Watergate and Iran-Contra, the available evidence indicates that both scandals originated in schemes by Republicans to draw foreign leaders into plots to undermine sitting Democratic presidents and thus pave the way for the elections of Richard Nixon in 1968 and Ronald Reagan in 1980.

As for Russia-gate, even if you accept that the Russian government hacked into Democratic emails and publicized them via WikiLeaks, there is still no evidence that Donald Trump or his campaign colluded with the Kremlin to do so. By contrast, in the origins of Watergate and Iran-Contra, it appears the Nixon and Reagan campaigns, respectively, were the instigators of schemes to enlist foreign governments in blocking a Vietnam peace deal in 1968 and negotiations to free 52 American hostages in Iran in 1980.

Though Watergate is associated directly with the 1972 campaign -- when Nixon's team of burglars was caught inside the Democratic National Committee offices in the Watergate building -- Nixon's formation of that team, known as the Plumbers, was driven by his fear that he could be exposed for sabotaging President Lyndon Johnson's Vietnam peace talks in 1968 in order to secure the White House that year.

So, in 1971, after the leaking of the Pentagon Papers, which recounted the lies that had been used to justify the Vietnam War through 1967, Nixon fretted that the missing file about his peace-talk gambit in 1968 might surface, too, and would destroy him politically. Thus, he organized the Plumbers to find the file, even contemplating fire-bombing the Brookings Institution to enable a search of its safe where some aides thought the missing file might be found.

In other words, Watergate wasn't simply a break-in at the Democratic National Committee on June 17, 1972, in pursuit of useful political intelligence and Nixon's ensuing cover-up; the scandal had its origins in a far worse scandal, the derailing of peace talks that could have ended the Vietnam War years earlier and saved the lives of tens of thousands of U.S. soldiers and possibly more than 1 million Vietnamese.

Similarly, the Iran-Contra scandal exploded in 1986 with revelations that President Reagan had authorized secret arms sales to Iran with some of the profits going to fund the Nicaraguan Contra rebels, but the evidence now indicates that the connections between Reagan's team and Iran's revolutionary regime traced back to 1980 when emissaries from Reagan's campaign worked to stymie President Jimmy Carter's negotiations to free 52 American hostages then held in Iran.

According to multiple witnesses, including former Assistant Secretary of State for Middle Eastern Affairs Nicholas Veliotes, the pre-election contacts led to the opening of a weapons pipeline to Iran (via Israel), after Reagan was sworn in on Jan. 20, 1981, which was the precise moment when Iran finally released the American hostages after 444 days.

In other words, the Iran-Contra weapons shipments of 1985-86 appear to have been an outgrowth of the earlier shipments dating back to 1980 and continuing under Israeli auspices until the supply line was taken over more directly by the Reagan administration in 1985-86.

Thus, both the Watergate scandal in 1972 and the Iran-Contra Affair in 1986 could be viewed as "sequels" to the earlier machinations driven by Republican hunger to seize the enormous powers of the U.S. presidency. However, for decades, Official Washington has been hostile to these underlying explanations of how Watergate and Iran-Contra began.

Related Topic(s): Conspiracy; Evidence; Investigation; Iran; Iran-Contra Scandal; Scandal Watergate, Add Tags
Add to My Group(s)
Go To Commenting
The views expressed herein are the sole responsibility of the author and do not necessarily reflect those of this website or its editors.