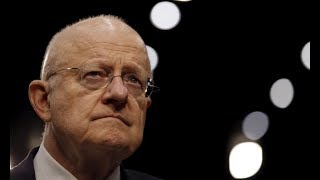 Radio host Michael Steven Smith gives Ray a chance to address key aspects of "Russia-gate" on which most Americans have been grossly misinformed or UNinformed. (Ray has been surprised, for example at how few have even heard of the damning documentary evidence in the Peter Strzok-Lisa Page text exchanges.)

Asked about the MIC (Eisenhower's "Military-Industrial Complex"), Ray introduces a new acronym that better describes the ever-wider and more serious threat to the Republic the threat also known as the "Deep State." It is MICIMATT (with accent on the first syllable): the Military-Industrial-Congressional-Intelligence-MEDIA-Academia-Think-Tank complex.

And, as Ray has been drumming home for two decades now in an effort to make the "complex" less complicated, the most significant change (by far) he has seen in more than 55 years in Washington is the lamentable reality that there is, at present, NO FREE MEDIA, in any real sense of the word "free." That is why the inclusion of MEDIA in the new acronym needs to remain in ALL CAPS. If you don't get THAT, it is hard to acknowledge that you can be so poorly informed and misled.

Yes, there is a lot of truth in alternative media; but we don't get on TV or in "mainstream" newspapers, so becoming better informed requires some extra effort. Remember, years after the 2003 attack on Iraq, 70 percent of those in the U.S. still believed what the media led them to believe -- that Saddam Hussein played a role in 9/11; the percentage believing today in Russia-gate seems to be about the same.

Ray addresses questions about what the UN has called, twice, the "arbitrary detention" of Julian Assange, and why it is that the Deep State and former CIA Director Mike Pompeo want so much to "get" him. Ray also notes that less than two weeks after President Obama had been fully briefed (by the Clapper/Comey/Brennan/Rogers Gang of Four) on their "assessment" of Russian-hacking-to-Wikileaks, Obama publicly branded one of their key conclusions "inconclusive."

Last month when Ray publicly asked Clapper to explain who Obama said that, Clapper came a cropper, admitting that he could not explain it. The reference was to one of the most important findings of the so-called "'Intelligence Community' Assessment" authored by "hand-picked" analysts from only three agencies, briefed to Obama on January 5, 2017, and given to president-elect Trump and to the media the following day. That put real adrenaline into Russia-gate.

Here are the lawyerly words Obama chose to use, less than two weeks later, at his final news conference (January 18), answering a question from Jeff Mason of Reuters. Obama: "... the conclusions of the intelligence community with respect to the Russian hacking were not conclusive as to whether WikiLeaks was witting or not in being the conduit through which we heard about the DNC e-mails that were leaked."

A 24-minute interview is not enough time to address other key questions that continue to befuddle those malnourished by the drivel in mainstream media, especially those who have drunk freely of the Russia-gate Kool Aid. Like, for instance, this very familiar, actually quite reasonable, one: "If James Comey was part of the DOJ/FBI/CIA/NSA operation to ensure that Hillary Clinton won, why did Comey publicly re-open the Clinton (Weiner) email investigation in late October 2016?"

This one is easy: the answer can be found in Comey's pretentious book, "A Higher Loyalty":

"It is entirely possible that because I was making decisions in an environment where Hillary Clinton was sure to be the next president, my concern about making her an illegitimate president by concealing the restarted investigation bore greater weight than it would have if the election appeared closer or if Donald Trump were ahead in all polls. But I don't know."

What needs to be added here, as a crucial part of the "environment," is the additional incentive driving Comey upon learning that his sleuths at the New York office were up in arms about not being allowed to do their job on Weiner's computer, and were about to leak how Washington (Stzrok and accomplices) were trying as hard as they could to keep it all quiet until after Hillary won.

Ray McGovern works with Tell the Word, the publishing arm of the ecumenical Church of the Saviour in inner-city Washington. He was an Army infantry/intelligence officer and then a CIA analyst for 27 years, and is now on the Steering Group of Veteran Intelligence Professionals for Sanity (VIPS). His (more...)
Related Topic(s): Intelligence; Investigation; James Comey; Media; Obama; Russiagate; Wikileaks, Add Tags
Add to My Group(s)
Go To Commenting
The views expressed herein are the sole responsibility of the author and do not necessarily reflect those of this website or its editors.