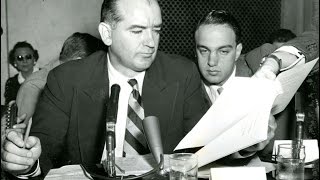 In the past, America has witnessed "McCarthyism" from the Right and even complaints from the Right about "McCarthyism of the Left." But what we are witnessing now amid the Russia-gate frenzy is what might be called "Establishment McCarthyism," traditional media/political powers demonizing and silencing dissent that questions mainstream narratives.

This extraordinary assault on civil liberties is cloaked in fright-filled stories about "Russian propaganda" and wildly exaggerated tales of the Kremlin's "hordes of Twitter bots," but its underlying goal is to enforce Washington's "groupthinks" by creating a permanent system that shuts down or marginalizes dissident opinions and labels contrary information -- no matter how reasonable and well-researched -- as "disputed" or "rated false" by mainstream "fact-checking" organizations like PolitiFact.

It doesn't seem to matter that the paragons of this new structure -- such as The New York Times, The Washington Post, CNN and, indeed, PolitiFact -- have a checkered record of getting facts straight.

For instance, PolitiFact still rates as "true" Hillary Clinton's false claim that "all 17 U.S. intelligence agencies" agreed that Russia was behind the release of Democratic emails last year. Even the Times and The Associated Press belatedly ran corrections after President Obama's intelligence chiefs admitted that the assessment came from what Director of National Intelligence James Clapper called "hand-picked" analysts from only three agencies: CIA, FBI and NSA.

And, the larger truth was that these "hand-picked" analysts were sequestered away from other analysts even from their own agencies and produced "stove-piped intelligence," i.e., analysis that escapes the back-and-forth that should occur inside the intelligence community.

Even then, what these analysts published last Jan. 6 was an "assessment," which they specifically warned was "not intended to imply that we have proof that shows something to be a fact." In other words, they didn't have any conclusive proof of Russian "hacking."

Yet, the Times and other leading newspaper routinely treat these findings as flat fact or the unassailable "consensus" of the "intelligence community." Contrary information, including WikiLeaks' denials of a Russian role in supplying the emails, and contrary judgments from former senior U.S. intelligence officials are ignored.

The Jan. 6 report also tacked on a seven-page addendum smearing the Russian television network, RT, for such offenses as sponsoring a 2012 debate among U.S. third-party presidential candidates who had been excluded from the Republican-Democratic debates. RT also was slammed for reporting on the Occupy Wall Street protests and the environmental dangers from "fracking."

How the idea of giving Americans access to divergent political opinions and information about valid issues such as income inequality and environmental dangers constitutes threats to American "democracy" is hard to comprehend.

However, rather than address the Jan. 6 report's admitted uncertainties about Russian "hacking" and the troubling implications of its attacks on RT, the Times and other U.S. mainstream publications treat the report as some kind of holy scripture that can't be questioned or challenged.

For instance, on Tuesday, the Times published a front-page story entitled "YouTube Gave Russians Outlet Portal Into U.S." that essentially cried out for the purging of RT from YouTube. The article began by holding YouTube's vice president Robert Kynci up to ridicule and opprobrium for his praising "RT for bonding with viewers by providing 'authentic' content instead of 'agendas or propaganda.'"

The article by Daisuke Wakabayashi and Nicholas Confessore swallowed whole the Jan. 6 report's conclusion that RT is "the Kremlin's 'principal international propaganda outlet' and a key player in Russia's information warfare operations around the world." In other words, the Times portrayed Kynci as essentially a "useful idiot."

Related Topic(s): ACLU; Deception; Establishment; Journalism; McCarthyism; Media; Propaganda; Wikileaks, Add Tags
Add to My Group(s)
Go To Commenting
The views expressed herein are the sole responsibility of the author and do not necessarily reflect those of this website or its editors.