Hell, Can They Even Swim? 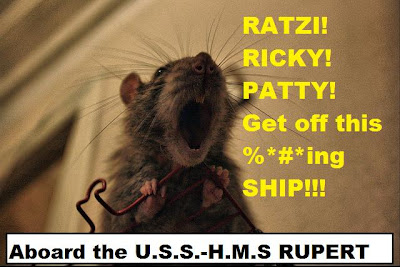 As the Murdoch Empire takes a pounding in the UK's Parliament, the media and the court of public opinion, another interesting tidbit makes for drooling speculation: Murdoch's long arm of publishing includes a bizarre dichotomy  - pornography and Christian books.

Murdoch's personal religious leaning are murky to say the least: he has never formally pronounced his allegiance for any one Christian denomination or sect. While wed to his second wife, a Roman Catholic, he received an award: 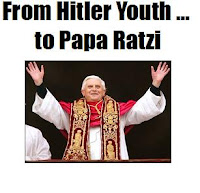 In 1998 Rupert Murdoch was made a Knight Commander of St Gregory. He had apparently been recommended for the honour by Cardinal Roger Mahony, after giving money to a Church education fund. A year later he donated $10 million to help build Los Angeles Catholic cathedral.

Rupert's son, James, also created a firestorm when it was discovered that before meeting the pontiff in London during his visit, Murdoch had donated 100,000 pounds ($156,000) to the promotion of the visit. It became known as the "pope-for-hire" situation.

Murdoch's hailing of Benedict's election was a bit brazen (and off he mark), but helped to dispel the rumors that Cardinal Ratzinger was still harboring Hitler-like tendencies. (see The Sun's Headline).

From donations provided by viewers, Robertson bought the Family Channel, sold part of its stock at a personal profit of $90 million, and then sold the rest to right-wing media mogul and FOX owner Rupert Murdoch for $1.82 billion.

Even die-hard Robertson fans considered the purchase to be an outrageous sellout: Joseph Farah of WorldNetDaily wrote: "...Robertson was ready, willing and able to climb into bed with Rupert Murdoch ..."

Murdoch also owns two of the largest online religious sites, Beliefnet and Inspirio, but perhaps the biggest strangle hold he has is on religious publishing.

" Do the religious authors making their fortunes off Murdoch wear gloves when they cash their royalty checks? Do they ever dare look in the mirror?"

Rev. Dan Vojir is has been writing/blogging on religion and politics for the better part of ten years. A former radio talk show host (Strictly Books " Talk America Radio Network) and book publisher, Dan has connected with some of the most (more...)
Related Topic(s): Catholicism Vatican Pope; Holocaust; Pat Robertson; Pope Benedict XVI; Pornography; Pornography And Politics; Publishers; Rick Warren; Rupert Murdoch; Saddleback; (more...) Scandal, Add Tags  (less...)
Add to My Group(s)
Go To Commenting
The views expressed herein are the sole responsibility of the author and do not necessarily reflect those of this website or its editors.