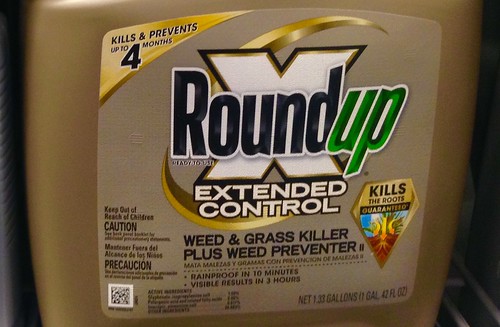 Antibiotic resistance is a grave and growing problem throughout the world, fueled both by transfer of resistance genes among bacteria and unfettered overuse in agriculture and aquaculture. GM crops are engineered with antibiotic-resistance sequences that likely augment the problem. Because of persistent disruptions to gut bacteria, children over-exposed to antibiotics can grow into obese adults.

It may seem counterintuitive, but long-term, low-level exposure to one antibiotic can spur resistance to many. Agribusiness feeds antibiotics to food animals to discourage disease in overcrowded conditions and, although officially frowned upon, to foster weight gain. Oxytetracycline and streptomycin, antibiotics used in human medicine, are used in factory farming as well. Bacteria that survive exposure develop resistance, and resistance is fungible--it spreads. 'Vertical' resistance occurs through conjugation like an old-fashioned mating process. 'Horizontal' resistance could be envisioned as a leak of resistance genes among groups like ink from an octopus. Resistant bacteria contaminate meat when food animals are slaughtered; they contaminate produce irrigated with stool-infected water. Bacteria in your gut can acquire resistance to antibiotics you've never had prescribed. People have died of once easily treated infections after multiple (in one case, 26) different antibiotics are used in vain. Hospitals are home to truly menacing species such as methicillin-resistant Staphylococcus aureus (MRSA), a subset of which consumes flesh.

One increasingly antibiotic-resistant species, Pseudomonas aeruginosa, causes infections that kill one-fifth of its victims. P. aeruginosa is not just tolerant of glyphosate; in fact it needs glyphosate to obtain the phosphorus it requires. (It is not the only such innovative species.) A small subset of resistant bacteria including P. aeruginosa has the ability to metabolize glyphosate, making those bacteria potentially useful for removing glyphosate from places such as soil where it is not wanted. But with greater exposure of P. aeruginosa to glyphosate comes greater resistance to other antibiotics.

Glyphosate greatly enhances the cidal effects of other antimicrobials particularly when used as glyphosate salts, which forms are more soluble than the parent acid. This has consequences both when taking prescribed drugs and when consuming, unwittingly, residues of other common agricultural chemicals in our food--effects are boosted unpredictably. Increasingly, glyphosate is everywhere--it is well stocked in GM Roundup-ready corn and soy fed to chickens, pigs, cows, farmed shrimp, and farmed fish, and most people eating the typical Western diet accumulate their own caches. Chicken and cow manure, tainted with glyphosate from Roundup-ready feed, fertilizes crops. While acting as an antimicrobial synergist, glyphosate in its ubiquity also turbocharges development of antibiotic-resistance genes in pathogenic bacteria.

In addition to disrupting the shikimate pathway in plants, glyphosate hampers enzymes that make chlorophyll, the absence of which is toxic to plants. Our gut bacteria use the same enzymes to supply essential trace nutrients, including corrin in the B-vitamin cobalamin and heme in hemoglobin and the cytochrome enzymes that detoxify toxicants. In the presence of glyphosate, expect not only disruptions to gut bacteria but also impaired regulation of trace minerals and other crucial biological processes.

Three years ago scientists published a paper revealing ways in which glyphosate, the active ingredient in Roundup(R), impacts physiology through its effects on manganese, an important but often overlooked nutrient. We are told that humans are not affected by glyphosate. In fact we are, in a multitude of ways. The paper from which much of this summary was derived was published in the journal Surgery Neurology International.

Related Topic(s): Agribusiness; Agriculture; Antibiotic Resistant; Drugs; Glyphosate, Add Tags
Add to My Group(s)
Go To Commenting
The views expressed herein are the sole responsibility of the author and do not necessarily reflect those of this website or its editors.