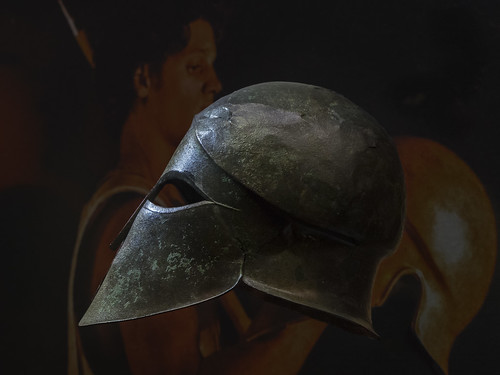 The entire soul of Trumpism, current Republicanism and conservatism is contained in Roseanne's compulsion to tweet. She couldn't suppress her bigotry, anger and racism. She has been empowered to vent. Support for Trump, for his supporters, is cathartic and profoundly selfish, as was her twitter rant.

Republicans talk about taxes, deficits, defense and on and on -- but what do they really talk about in a significant way? The Trump phenomenon has absolutely nothing to do with government, just as Roseanne's rant had nothing to do with governing -- it was selfish, personal garbage wrapped in political clothing. This is what ninety percent of Republican/conservative rhetoric is. The pretense that the Republican party continues as a political party is ridiculous. It is a cult. It is a cult of destruction -- it has traded a rudder for a hammer. Roseanne just used that hammer on the "family" that depended upon her.

It's time for Liberals/Progressives to also pick up the hammer, but not just any hammer, it must be, as Sun Tzu says, an honest hammer. I have been watching Democrats running for various offices here in Texas lately. I attended two Democrat candidate forum/meet and greets and it was depressing. The candidates were incredibly articulate, obviously well-educated and passionate. Unfortunately, they showered us with wonk and when I asked how they intended to address Conservatism and the Trump phenomenon; they both looked at me as if I had peed my pants and avoided answering. The room was yawning. This is inexcusable and, in my opinion, insanely stupid -- they obviously were plowing that no man's land between the trenches -- that place were Trump Supporters are sitting on the fence.

"If you know neither the enemy nor yourself, you will succumb in every battle." A bunch of Liberals and Progressives sat out the last election. We evidently have a tendency to do that, especially here in Texas. The idea that any Lefty candidate should hold back, wishing for a miracle: a significant number of Trumpists are going to see the light and decide that we aren't evil baby killers, snowflakes, Libtards, Communists, apostates, enemies of whiteness, flag haters, dangerously educated and on and on, is a deeply flawed battle plan. Portray the enemy as he is. Whip your cohort into a constructive frenzy. Get your guys off the couch by showing them that the enemy is headed to their house with a can of gasoline and a match.

The Democratic candidate running against Ted Cruz here in Texas is Beto O'Rourke. He is energizing Democratic politics across the state. However, a recent Austin American Statesman poll has Cruz ahead 50% to 39%. Beto is a very attractive candidate -- he's young, committed, good on the stump, he's not taking PAC money -- but he's not addressing the Roseanne in the room. We will see if his gamble pays off. I don't think it will. My advice to Beto and every other Liberal/Progressive candidate across the country is read Sun Tzu, contemplate Roseanne's tweets and please don't wait for some on the other team to lay down their arms -- grab that hammer and make such a racket that no one can stay on the couch!

Related Topic(s): Anger; Bigotry; Conservatism; Cult; Democratic; Election; Liberals; O'Rourke-Beto; Racism; Republican; (more...) Republicanism; Roseanne Barr; Trumpism, Add Tags  (less...)
Add to My Group(s)
Go To Commenting
The views expressed herein are the sole responsibility of the author and do not necessarily reflect those of this website or its editors.