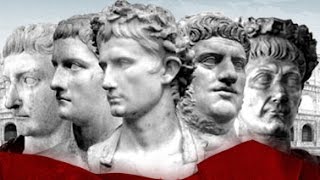 When we find ourselves in times of trouble, we could do worse than plunge into The Academy of Western Civilization.

So let me take you down on a stroll around the ultimate theo-geopolitical space: the Eternal City, a.k.a. Caput Mundi ("wonder of the world").

In Adonais, Shelley urged "Go thou to Rome" and "from the world's bitter wind/seek shelter in the shadow of the tomb." What better refuge than Rome's ruins, stressing loud and clear that fragmentation and mortality are mere illusion, and reality is enduring unity outside time.

Since Petrarch arrived from Avignon in 1341 to sing its praises, Rome in the Western mind has represented the ultimate threshold, the ultimate shrine. It's still easy to picture Freud at the Forum comparing the vertical sequence of Roman ruins to the layers of memory in our psyche. Or Fellini in La Dolce Vita also interpreting Roman life as a vertical sequence, cinematically playing with images from different historical eras.

The mythical origins of Rome point to a resurgence of Troy vanquished by the Greeks. The foundation -- and development -- of Rome involves Mars as the father of Romulus and Remus, and Venus giving birth to the "gens Julia" of which Caesar sprang up. Greek-Latin antiquity is a formidable theo-geopolitical space. Vanquished in Troy, Mars and Venus got their revenge in Rome.

An empire lasting five centuries could not but still be imprinted in the Western psyche. It's a pleasure to revisit Suetonius describing how Augustus embellished Rome for the glory of the empire. Or Lucretius, two centuries after Epicurus, presenting the world as issued from a flux of matter and composed by the congregation of every atom in the universe.

Our collective psyche is familiar with what happened after the reign of Marcus Aurelius; the Germans to the west and the Parthians to the east threatened the borders of the empire. And then, having invented all the founding models of our civilization, the Urbs Romae fell to the barbarians in 476 A.D.

Zola correctly identified the beginning of the decadence with Constantine, the "apostate" that in 313 A.D. installed Christianity as the state religion, bypassing the ancient gods of Rome and creating in the east a second capital, Constantinople. That's the kind of narrative one will never hear from a Vatican official.

At the Sistine chapel -- the Holy Altar of Western civilization -- where compressed multitudes of largely Chinese tourists are forced to observe the imperative "Silence!" every single minute, it's enlightening to remember how Lorenzo The Magnificent played hardball politics to impose Florentine masters -- from Botticelli to Michelangelo -- to replace painters from Umbria (such as Perugino), not to mention advance the family interests over the papal throne; after Lorenzo's death in 1492, there were two Medici popes -- Leon X and Clement VII.

The ultimate aesthetic illumination at the Vatican remains the Raphael rooms, mostly The School of Athens, dominated by Plato and Aristotle (with top guest stars Diogenes, Heraclitus and Archimedes); a subtle harmony paying homage to pagan antiquity -- the heart of the Italian Renaissance co-opted by the seat of Christendom.

The Enlightenment coexisted with an aesthetic free-for-all. Pauline, the voluptuous princess Borghese, Napoleon's sister, ended up sculpted by Canova as a semi-naked Venus. The Apollo Belvedere -- the most famous sculpted body of all time -- was revisited by Canova as a pop celebrity (Napoleon) posing as a Roman god posing as a Greek god.

Stendhal raved at the Colosseum, "the most beautiful vestige of the Roman people." From a room in front of the Pantheon -- the Olympus of the empire -- it's still possible to imagine the days when Rome commanded and a faithful universe obeyed. Rome was strove to be embodiment of what was just.

Related Topic(s): Antiquity; Eulogy; History; Italian, Add Tags
Add to My Group(s)
Go To Commenting
The views expressed herein are the sole responsibility of the author and do not necessarily reflect those of this website or its editors.