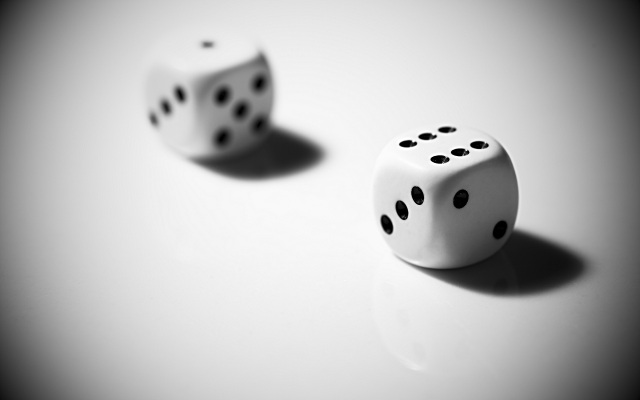 You can tell we're getting closer to a presidential election. Everyone is telling everyone else how to vote. Telling, hollering, screaming, berating, shaming, bullying. There are more voices now, on both sides, and they're less reasonable, less intuitive, more tautological. They say the stakes could not be higher. They say it's the most important election in the history of the country. They say nothing less than the American way of life hangs in the balance. Now is not the time to contemplate your political impotence. Hold your nose and vote. Though he might have compared voting to "a multiple-choice test so narrow, so specious, that no self-respecting teacher would give it to students," put away your Howard Zinn. Cast your vote. People died for the right. No vote = no voice. It's a recurrent theme.

After four years in office, voters have a good idea of who Mr Trump is and how he operates. They heard him promise to reclaim a glorious past, keep America safe, end the wars, close the borders, balance the budget and bring back good paying jobs. He's failed on every front, but they don't seem to care. Paying off porn stars? Cheating on taxes? Embracing dictators? Whether it's an unclean vessel or a cracked tableau or a fallen idol, they consider Trump (clearing throat) the Chosen One. Don't laugh. It's exactly what one should expect from Old Testament, fire-and-brimstone, bring-about-the-apocalypse kind of messianic groupthink. "I've done the research . . . All [Trump's] policies are backed up by facts." Except they're not. Not even close. Vote for the guy anyway.

Lately, Trump has been begging voters to "like me." Seriously. In fact several domestic terrorist groups, including Proud Boys, Oath Keepers, Boogaloo Bois and Black Bloc, like him so much they've threatened civil war if he isn't re-elected. Kyle Rittenhouse-like vigilante violence. It has something to do with saving the country from POC and other foreigners who "hate our freedoms." In this sense Trump has managed to bring to life the insecurities white men feel when their privilege is challenged, avatar of a socialist takeover and the destruction of the values they believe made this country great in the first place. The response must be nothing less than armed resistance. Vote for Trump, or else.

It's the same with the entire Republican party, easily manipulated lambs who bleat whatever fearful talking points they're given. These are the same dociles who think Trump is a greater president than Lincoln. "Lincoln only freed the slaves," says one supporter. "[W]hat Trump is doing is far greater." Well, slap me again and call it happy! Mexican rapists. Gold Star losers. Sh*t-hole countries. Pocahontas. Rat-infested cities. Pandemic surging. Economy tanking. Who wouldn't want to vote for someone like that?

His "opponent" is former Vice President Joe Biden, whose 50-year record of public service reveals someone far more sinister than Trump, someone who's done so much damage over the course of his career he should never be seriously considered a candidate for any office. Biden is a full-fledged corporate shill who, like Hillary Clinton, cheated to get the presidential nomination. The Crime Bill. The Iraq War. The TARP bailout. The Bankruptcy Bill. Expanding the military budget. Attempting ("four times") to gut Social Security, Medicare and Medical. Lunch-box Joe took the lead on every one of these legislative efforts and, when questioned, lied about each one. A favorite campaign poster blares in large blue and white letters: "Truth over Lies. Vote Biden / Harris." Who said irony is dead?

Not the gaggle of well-known progressive writers & activists who recently signed a letter imploring voters to "Dump Trump. Then Battle Biden." Re-electing Trump, they argue, has the potential to "obstruct all positive social change." Stop with the nuance. Ink the circle next to Biden / Harris. It's a forceful call to arms from smart, dedicated people. But let's not fool ourselves. The notion that progressives can successfully "battle" the Democratic party establishment to enact "positive social change" is a pipe dream they've been smoking on since Slick Willy. "Cat Food Commission," anyone?

Speaking of corporate hucksters, former President Barack Obama is out and about encouraging voters "to turn out like never before." His wife, Michelle, echoes his sentiments with an emotional plea: "vote . . . like your lives depend on it." Except we did that in 2008. Maybe the Obamas don't remember. After 8 years of Bush's lies, corruption and flat-out criminality, progressives voted for Barack Obama like our lives depended on it. What did we get in return? More lies. More wars. More surveillance. More corporate control. More inequality. Obama jokes about "assassinating" innocent civilians and is given an $11.7 million mansion for his services. As for Mrs Obama, whether she's a complete moron and had absolutely no idea what her husband was doing while he was president or a willing participant in covering up her husband's crimes hardly matters. No one should listen to anything they say.

Even trustworthy progressives like Norman Solomon, Noam Chomsky and Daniel Ellsberg have gotten in on the act. Solomon relates the story of a former green party candidate who is fasting until election day in order to get progressives to vote for Biden. The guy gives up food in support of the folks who gave us massive food lines. Cheeky. Chomsky, on the other hand, advocates an "underwater strategy," which one respondent described this way: "He wants activists to convince people who are drowning that fear of future drowning should motivate them to vote for those contributing to their current drowning." Double cheeky. Finally, Ellsberg agrees Biden is not the best, but argues we must "free the nation from Trump's unhinged and destructive grip." All three men draw on the same talking points used by the corporatists running the Democratic party. What to do? What to do?

Removing Trump from office is an argument with which no reasonable person could disagree. He's been a complete disaster. Yet what are we offered in his place? Someone who is very much a product of the same capitalist mold. Both parties want voters to think their vote matters. History reminds us it doesn't. No matter which party is elected, voters can expect more pro-corporate policies.

Let's think about this for half a second.

We vote for representatives to govern on our behalf. They don't. They twist things to favor elites. They get corrupted. We get screwed. Ah, but then we're told the only way to fix things is . . . to vote? No wonder people are confused.

Here's the problem. Trump is a vile con artist, but he could not have gotten away with as much as he did if the opposition wasn't equally as vile. A Democratically-controlled gov't cannot enforce the rule of law when its members are just as corrupt as Republicans. This explains why Trump's "impeachment" and subsequent "trial" were two acts in a single pantomime. Both sides do it. It's systemic.

But what if the bait-and-switch didn't work this time? What if progressive stay true to their values and refuse to vote for either one of these soul-less monsters?

Whether Trump or Biden wins the presidency, let's say the Democrats gain control of both the House and the Senate. Would they do their constitutional duty? Would they actually enforce the rule of law? If they did, it would require arresting and bringing to trial virtually every senior member of the last three US administrations, from Bush, Cheney, Rice and Rumsfeld, through Obama, Biden, Mueller and Clinton, and continuing with Trump, Pence, Pompeo and Barr. These rat-baggers have repeatedly broken the law and they've repeatedly been protected by their fellow felons. What are the odds anything would change?

Related Topic(s): Corruption; Election; Impeachment; Obama; Trump, Add Tags
Add to My Group(s)
Go To Commenting
The views expressed herein are the sole responsibility of the author and do not necessarily reflect those of this website or its editors.