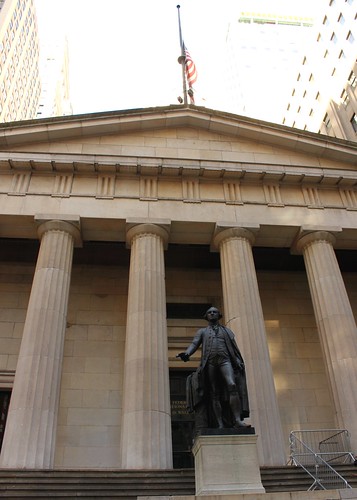 A week ago, he nearly triggered a catastrophic war between Iran and the US when, acting seemingly on a whim or in response to the advice of two of his nuttier advisors, fundamentalist Christian "Rapture" believers Mike Pence and Mike Pompeo, he ordered the assassination by drone of the commander of Iran's military, Qassem Suleimani.

Fortunately for American troops, sailors and pilots, and for all of us and the people of Iran, saner heads in the administration seem to have gotten to Trump, and also fortunately,Iran's military responded in measured fashion. As a result, the threat of a major war between the two countries seems to have receded a bit, at least for now.

Then today, Trump, in response for a call by Iraq's parliament and its Prime Minister Adel Abdul-Mahdi for the US to withdraw all of its 5100 troops currently stationed in Iraq, declared he would not remove them. He added that if forced to pull them out of the country by Iraq, would freeze a deposit account of Iraq's Central Bank at the US Federal Reserve, preventing Iraq from accessing what the Wall Street Journal reports amounted to a deposited balance of some $3 billion at the end of 2018.

The Wall Street Journal article reports that some 250 foreign central banks and other state entities have such accounts with the US Federal Reserve containing untold billions of dollars. There was no discussion in the Journal article of what impact the US's arbitrary freezing of Iraq's Central Bank account simply over a dispute about America's troops in Iraq might have on the willingness of all those other foreign countries' banks and agencies willingness to continue letting the Fed hold their money.

It has not been unusual for the US to freeze foreign countries' assets, in both the Federal Reserve Bank, and in the electronic vaults of US commercial banks, but typically this has been done when a country has engaged in illegal activity, or when a revolution has occurred. This was the case after the overthrow of the US-backed Shah of Iran in 1979, and was the reason that the Obama administration, as part of the nuclear deal it and five other nations negotiated with Iran, unfroze some $150 billion in Iranian assets that the US had been blocking Iran from accessing. (That's the nuclear agreement that Trump tore up earlier this year.)

Related Topic(s): Trump Banking; Trump In Iraq; Trump Is A Thug; Trump Mental Health; Trump Mobster; Trump Warmonger, Add Tags
Add to My Group(s)
Go To Commenting
The views expressed herein are the sole responsibility of the author and do not necessarily reflect those of this website or its editors.