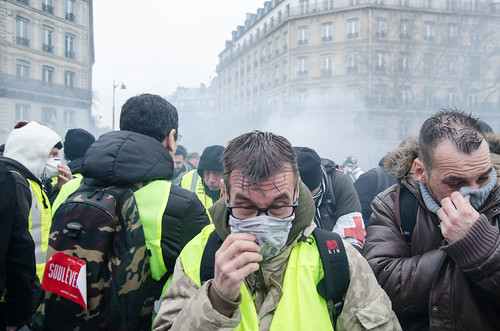 I'm not a huge Pink Floyd fan, but everyone else in the West apparently is the album The Dark Side of the Moon spent 33 years (1,716 weeks) on the top-sellers charts.

A lot of their early stuff is just noise, but they have enough of a blues foundation to get both really heavy and pretty funky often enough for such a fundamentally depressing band: half their musical output is actually about ex-leader Syd Barrett , who took so much acid he went insane. His flatmates repeatedly dosed his daily coffee with acid without warning him, proving that hippies can be even worse than the CIA. Barrett is the obvious inspiration for the album and movie The Wall, which primarily illustrates Barrett's horrible existence of hopping from one negative acid-flashback to the next for his entire life. Ever-political Pink Floyd surprisingly turned Barrett's character into a fascist leader (the character in The Wall was never a rock star, we finally discover at the end), rather kicking poor Barrett when he was already down in a never-ending bad trip.

Conversely, I am a huge fan of the Yellow vests, but it seems that very few Western reporters are.

I was watching the excellent concert movie Pink Floyd: Live in Pompeii recently free, and in director's cut format, thanks to Russia here. Really a lost treasure: progressive Pink Floyd, playing among the ruined psychedelic/pantheistic murals of Pompeii, interspersed with the usual Floydian universe-wide sense of space, history and humanity. It's one of the great cinematic achievements of rock 'n roll.

Floyd guitarist David Gilmour was recently in the news, providing us with the latest example of the Quantitative Easing-created asset bubble in luxury goods: $21 million for his guitar collection and $4 million for one guitar - both broke the all-time records. Give Gilmour credit: it went to charity, which is very in keeping with Floyd's genuine political consciousness.

Bassist Roger Waters is beloved for being seemingly the greatest Palestinian supporter in not just rock 'n roll but in all of Western music. His political hipness is unparalleled after all, he hates teachers, bogus authority, questioning why he has to eat his meat before he eats his pudding, etc.

That's why it's little wonder he said something in the movie which resonates beautifully in 2019:

"People are saying constantly, 'Rock's dying.' Every 6 months somebody says it with enormous conviction! It's not going to happen."

We can easily rephrase Waters when describing Western Mainstream Media coverage of the repression of France's Yellow Vest movement:

"People are saying constantly, 'Rock's dying.The Yellow Vests are dying.' Every 6 monthsEvery day somebody says it with enormous conviction! It's not going to happen."

From the very beginning Western Mainstream Media news reporters have said with enormous conviction that the Yellow Vests are a dying movement - it's not going to happen.

I've had to cover them from beginning, so I can absolutely testify that this premature postmortem was the case. Just for fun I English Googled "Yellow Vests dwindling numbers", and I'm still waiting for the final count to be added up; I French Googled "gilets jaunes à bout de souffle (out of breath, as that's the preferred cliche' in French)" and they have apparently been panting since early December.

It's incredible how incredibly uncool Western reporters are - they want to kill something good, which is democratically supported by the majority, but for who knows what reasons?

Their square minds cannot bend around the Yellow Vests love for both country, kin and fellow Yellow Vest braves; they cannot hang with the feeling, and thus they already know that there ain't no room for them in the Yellow Vest part of town; they have no cosmic notions even though the cosmos is an absolutely real and tangible thing which scientists are learning more about every day - beyond daily economic tallies.

The coverage of the Yellow Vests has been absolutely, incredibly and shamelessly dominated by a tactic reserved for covering quarterly economic growth: are total numbers up or down? And because there are thousands of Yellow Vest political prisoners which have resulted from nearly eight months of guaranteed police brutality - which is the most sustained, most brutal and most hypocritical police violence in the world's 21stcentury history - their turnout numbers have indeed decreased.