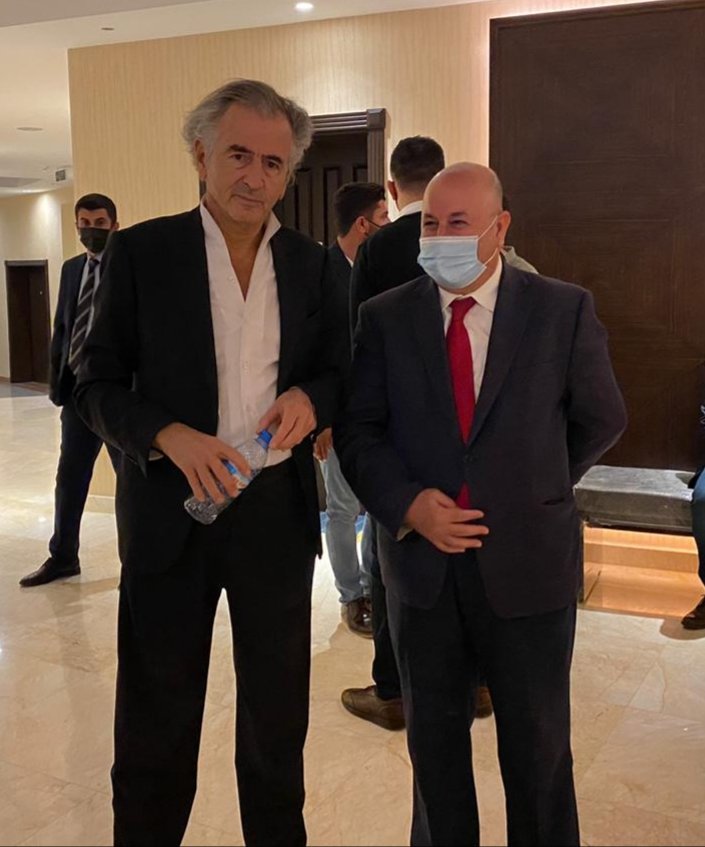 "I used to be Deleuzenal, but now I'm not Saussure."

- Paris toilet stall wall where the Shakespeare & Co. bookstore used to be

You have to wonder sometimes if Bernard-Henri Le'vy (BHL) ever got past May 1968. Paris. Riots. Fires. A Communist revolution. Over in Praha, they were having themselves a Spring, even a halloween party, and calling it "Socialism with a Human Face." In America, they were busy assassinating moral and political leaders and the left was on trial for its thoughts in Chicago. Baeder-Meinhof and Black Panthers and the Weather Underground were on their way. Ideological gangs of the Cold War rumbled -- chain-smoking and tired ironies in cities everywhere, the old Left-Right shuffle. Le'vy was having none of it. "Marxism is the opium of the people," he declared in Barbarism With A Human Face (1977) and Socialism, he said, always ends in the Gulag.

Now, we could add, Capitalism always ends with a Trump, chump or (drum roll) worse.

Le'vy's still at it, like Dylan, who just keeps on keeping on, another Wandering Jew condemned for his intellectual apostasies to tour the earth until the Second Coming of Marx, and arrival of the Anti-Cap. Heads will roll. But in the meantime, as far as Le'vy, and many other thinkers, are concerned, socialism is bullshit (see Gulag above), more bland pie in the overcast sky, unevenly distributed. This has not made him the darling of the Right, except by co-optation, but it has not enamored him with the Left either. He's tricky, like Dylan, that way.

Le'vy's back our way again with a new short tract, The Virus in the Age of Madness, wherein the profligate son of Hegel takes on the Corona phenomenon and how the world, especially Americans, have dealt with the pandemic's effect. The context of his response is encapsulated in the presumption of its title -- we live in an age of madness. This recalls Nietzsche's oft-cited observation from Beyond Good and Evil, that "Madness is rare in individuals - but in groups, parties, nations, and ages it is the rule." Le'vy's The Virus is propelled by this underlying, philologically-informed Nietzschean notion. Look at the language we use around Covid-19 and the collective false consciousness it evokes.

Imagine you're hunkered down, settled into your self-isolation, Internet access gone, curfew in place, arrogantly literate, and you discover yourself with one dega book in the house, just one -- Michel Foucault's Madness and Civilization. You always meant to get around to finishing it, having stopped with the Ship of Fools description, ships as asylums for the medieval mad roving from port to port, and you thinking: I wonder if this is what happened to Hamlet on his way to exile in England; the ship fools caught on to an evil ruse and hoiked Rosencrantz and Guildenstern into their own spittoons, and, the next thing you know, It's alas poor Yorick time. You always wanted to finish M and C, but not really. And now, it's read or die, really literate motherf*cker: You choose.