The Riddler
(Image by Shed On The Moon)   Details   DMCA

The following are some questions that have arisen in my wanderings of late amongst obscure facts and figures. I feel somewhat lost and invite the reader along for a station to station consideration of troubling events and not-fully-explained phenomena. Won't you be my light?

1. RE: Wuhan. Aside from the question of whether the pandemic started as a result of a waterboarded (gain-of-function) virus escaping, or being set free, from a research lab in Wuhan, there's the question of why we were partnering with a country we do nothing but saber rattle with all the time. To hear the MSM and its MIC collaborators on the propaganda front, we are only a Taiwan crisis away from ticky-boom with the Red Chinese.

We could take them (probably) in a nuke exchange, but they could come after us by cashing in the bond IOUs or by weaponized biology and chemistry. We have a Synthetic Biology framework, thanks to the National Academy of Sciences working with the Department of Defense, put out by the US government, that positively asserts that the intention of the US to be engaged in gain-of-function manufacturing of the most virulent viruses possible -- using the rationale that we will understand the viruses already should an enemy decide to come at us with a Satan Bug.

This is what we are doing. Read the book if you want the rationale.

Again, then, why are we even working with the Chinese (see Fauci) if they could become our boom-boom enemy at the drop of a dumpling like Taiwan?

2. COP-26 is done and dusted with yet more reticence on display to act on Climate Change, and few if any commitments for measurable executables came out of it. Probably they could have just Zoomed, but then Glasgow would have been deprived of a major money event good for the local economy. Kilt sales went up dramatically, as did the feisty kilts themselves -- FREEDOM! But also, when you think about it, probably an image that sums up the attitude of earth scorchers to earth savers, too. Oh and all the newly released methane!: 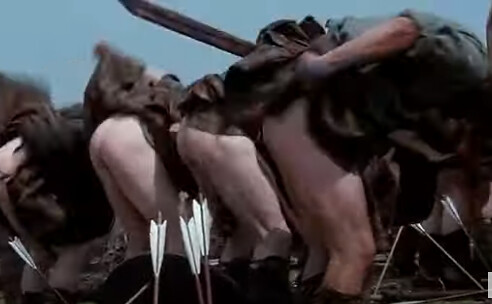 cheeky bum stares
(Image by MGM)   Details   DMCA
The thinking seems to be: The Cappies got us into this mess over these many decades, and we must leave it to them to bring the magic innovations that will save the planet -- and make a buck at the same time. (See McKibben for details). Recently, Steven Aftergood of the Federation of American Scientists, citing the National Intelligence Council, drew the conclusion that democracy would probably have to be suspended at some stage, and not return, if at all, until, say, 2040. This, interestingly enough, was echoed in the Milley-commissioned Army War College Report on dealing with Climate change, where a "soft" coup is hinted at. 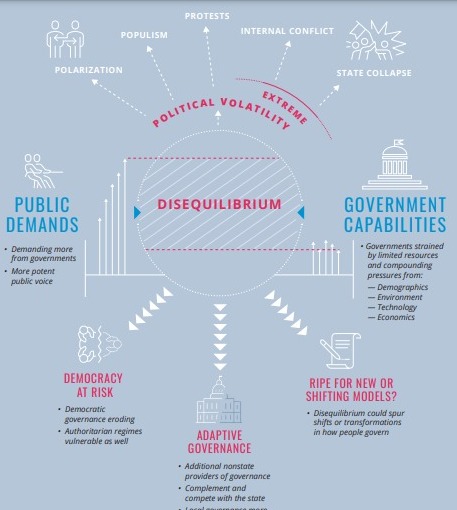 But more worrisome is that more fossil fuel wars await us in the Arctic as the ices and tundra and brave contestable new oil fields open up, according to the War College Report. More war, more oil:

Similarly, former NATO chief Adm. James Stavridis recently talked to The Cipher Report about the wars for oil ahead, and, in his new novel 2034, a coming nuclear war with China -- Tada! Because of hijinks confrontations over Taiwan. And he's to publish two other follow-up apocalyptic novels that end with us facing the business end of Climate Change "come home to roost." There's no sign in these writings of any military types even trying ( the point of hopelessness emphasized in the Milley report) to avert these disasters, merely opportunistic responding.

With the US military contributing significant damage to the global environment with its wars and operations, and in possession of the largest budget in the world, what hope do we have if their leaders merely kick the ball forward, despite all that power to effect change at their disposal?

3. COP-26 is over. The military was well-represented there, But the question is: How many bottles of water were slurped down and plastic containers passed around, during a process that brought little change to our posture, vis-a-vis Climate Change? A million bottles? I don't pretend to know. But it was a double-tap: bottles made of petroleum product, holding precious drinking water -- a commodity in peril of extinction (Hey, reader, aren't we 65% water?). Come to think of it, how many double-taps like this did the US military execute over the last 20 years of hegemony warfare? How much flippin water did we just down and piss away? On the other hand, the military has a plan to extract water from the environment. Microsoft is keen to extract carbon from the air. I know a guy who wants to extract all the nitrogen oxide put into the air by the popping balloons of clowns over the years. Will there be anything left of the air by the time the MIC partnerships get through with it?

4. Scientists tell us that significant, long-term space travel by humans is far off, no matter how much we romanticize about interplanetary or intergalactic travel. Simply because we can't avoid the problem (yet) of overcoming the effects of cosmic rays on our frail human bodies. 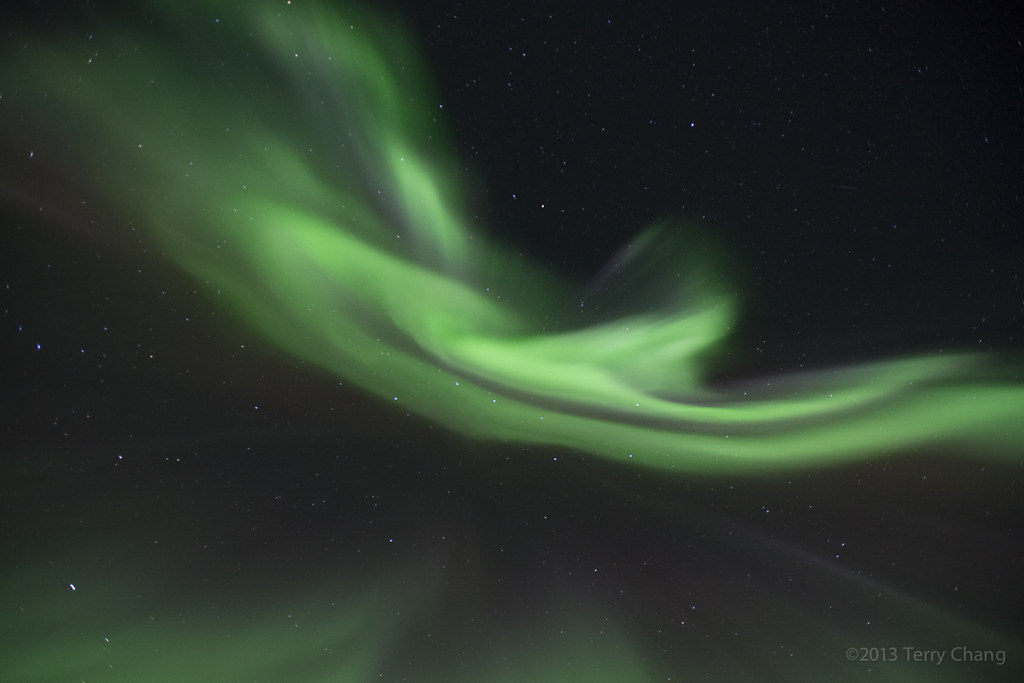 Space travel to Mars, for instance, would require up to two years in travel, one way, almost totally exposed to these rays that cannot easily be shielded from. This posed the question to me: Are we at the end of space travel fantasies and maybe even science fiction altogether, as we deal with Planet Earth problems of our own making and go ever inward to the space between our ears -- the final frontier, believe me -- with science continually deconstructing us as objects of our own subjective scrutiny?

5. Chomsky's Worries. Ol' Noam sees the three greatest dangers confronting human civilization as Climate Change, Nuclear War, and the End of Democracy. These WMD ideas have irked the MIC and now they have Noam holed up in a spider. They've even co-opted Black men, as if Noam were the Might Whitey himself. Cruel irony! For Noam meant so well.

In what order should we address these Chomskian issues and how?

6. It sticks in my craw. Obama shut down gain-of-function research in 2014; Trump opened it up again in 2017, leading to some monies being fed to Wuhan for g-o-f research. Given the partisan nature of the MSM and its strong hatred for a president who essentially declared war on them during his tenure (Even The Intercept declared Trump a "murderer," and no libel suit emerged), why didn't the MSM ever raise the issue of why Trump opened up the moratorium on g-o-f research during the lead up to the November election? Just their usual insinuations would have ended any chance he had at re-election, as people fell like Spanish flies all around Trump. Could it be that some ancient Congresspeople had vested stock interests in Covid treatments to hide?

7. Is it my bad acid again? How come Rudy "RICO" Giuliani is not in jail right now? Punch me in the face to make sure I'm Woke. Please.

8. Russiagate: I covered the issue until I got sick of it. Now it's looking like the 2016 Clinton campaign was a real Bad Hombre. In August 2016, Assange told PBS that DNC insiders LEAKED (he painstakingly explained the difference between leaking and hacking to Judy Woodruff) the first batch of emails published at Wikileaks. Now we're hearing how deeply involved the campaign was in dirtying up Trump's repo with the Steele Dossier "findings." Apparently, it's true, though previously poo-poohed as conspiracy theory, that even FBI Trump-haters worked to undermine Donald's campaign.

The Clinton campaign also had a business relationship with Crowdstrike that could prove worrisome should a deeper probe emerge from the MSM. Crowdstrike's CSO Shawn Henry

a position he held there during the Stellar Wind period when the NSA was feeding the FBI "leads" to pursue hombres of interest.

One is reminded of previous NSA criminality, recounted in the film Official Secrets, when the agency contacted the British GCHQ and requested that they find kompromat on UN security council figures in the strong-arming lead-up to the invasion of Iraq in 2003, when the US was making the case for an intervention based on the phony unbearable threat of WMD. The US wanted the UN's sanctioning of the invasion (i.e., indemnity against possible war crimes allegations later). They didn't get the kompromat because a GCHQ agent, Katherine Gun, blew the whistle, thus the movie.

Anyway, later the US Intelligence Community (IC) put out an "assessment" (i.e., an opinion, not a finding) that the Russians hacked the DNC. Again, this is contradicted by Assange -- directly. The Podesta emails were said to have been passed on to Wikileaks from a server called Guccifer 2.0 set up by intel agents. The question is: Who's intel agents -- theirs or ours? Assange has shown how IP addresses can and have and are routinely spoofed by IC agents to make it look like a foreign Bad Hombre did it. (It's in his Vault 7 release. See the Umbrage extract above.) Head Spinning stuff.

But here's the question for you reader: Did the Clinton campaign, working with the FBI and the NSA, try to set up Assange as an agent working for the Russians in order to have him designated by the State Department as a terrorist agent with a view to taking him out with a Hellfire drone or hellish Belmarsh diet? In short, was it part of "a vast Clinton-righteous wing conspiracy" to give Assange a Gaddafi send off?

You don't mess around with Hillary Hanson when she's wearing her Chiefs jersey. She'll take your legs out. Look at her take out Daffy. She's as cold as ice. Willing to sacrifice.

Do you have any answers?

Related Topic(s): Bioethics; Coalition For An Ethical Psychology; Congressional Ethics; Critical Thinking; Ethics; Ethics Reform; Events; Freethinker; Good Things Coming Out Of Corona Virus; Inattentional Blindness; (more...) Positive Thinking; Psychopathic Corporations And Corporate Psychopath; Readers; Rules Of Engagement; Shut Your Mouth; Thinking; Thiscantbehappening, Add Tags  (less...)
Add to My Group(s)
Go To Commenting
The views expressed herein are the sole responsibility of the author and do not necessarily reflect those of this website or its editors.