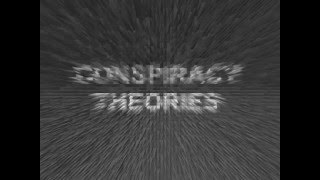 Graeme MacQueen, a university professor in Canada, calls attention to the American left's inability to exercise imagination with regard to the reports of the Warren Commission and the 9/11 Commission. A collection of individuals and publications, somehow regarded as leftwing, has proven to be active agents for the conspiratorial state against true dissent.

Here is the link to Graeme MacQueen's article.

The United States no longer has a leftwing, and neither does Europe, Greece least of all, a country whose "leftwing" government has agreed that Greece's creditors can loot and plunder the Greek people and the public assets of Greece in behalf of the One Percent. The British Labour Party is as rightwing as the Conservatives, and the French socialist party is more rightwing and much more acceptant of American overlordship than General Charles DeGaul.

The American leftwing has joined with the neocons, the presstitute media, and the military/security complex in a common agreement that anyone who favors better relations with Russia is a Russian agent or a dupe of Vladimir Putin. And if you know enough to doubt the Warren Commission and 9/11 Commission reports, you are a conspiracy kook and are put on Harvard's list of purveyors of "fake news." Everyone who does not agree with the Establishment's line is "fake news." And this is in a "democracy with free speech." What a joke America has become!

Related Topic(s): Conspiracy; Harvard; Neocons, Add Tags
Add to My Group(s)
Go To Commenting
The views expressed herein are the sole responsibility of the author and do not necessarily reflect those of this website or its editors.