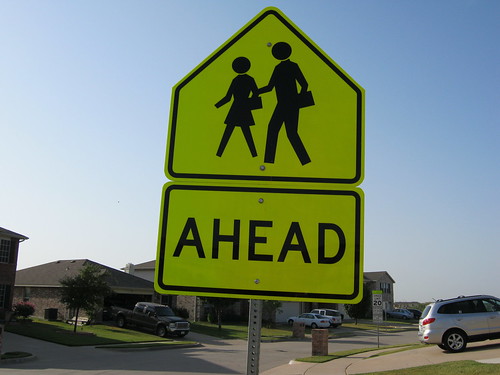 About a century ago, American public schools were generally not too bad. The fundamentals were often effectively taught. There were a lot good teachers. My father, brought to New York City from Poland as a 7-year old, around 1905, not able to speak English, attended public schools in Manhattan. These included the High School of Commerce, then an elite school. He learned enough to became a certified public accountant while still a part-time student at the City College of NY; tuition free. Throughout his life, he had fond memories of many of his teachers.

Sadly, New York schools, as did most other American schools, deteriorated steadily as the years went by. The High School of Commerce was already an inferior school by 1950.

One basic problem is that American schools are largely funded locally. Tho varying from state to state, roughly 45% of school budgets are funded by states, 45% by municipalities, and about 8% nationally. A consequence is that a city such as Patterson, NJ, populated largely by poor people, has schools that are vastly inferior to those in Tenafly, NJ, a town with a much more affluent population.

Public schools should be financed federally, or by states; not locally, so that the budgets are not dependent on the wealth of the parents. The goal should be that all American children be properly educated. The system should also include higher level education that is optional for the students.

The importance of teaching children should be recognized. Salaries for teachers, including those teaching the lowest grades, should be substantially increased.

If parents insist on sending their children to private, rather than public, schools, this should be permitted. But the children should be required to take most of the basic exams (such as NY State regents exams) taken by public school students, to ensure that they are adequately educated.

An important feature of this approach is that it would ensure that parents would not be able to have their children indoctrinated in some extreme manner, with little or no exposure to other views. Parents have a great deal of control over their children. This is natural and appropriate. But it should not be unlimited. They should not be allowed to deprive their children of awareness of the world outside of their families and their immediate neighbors. Here is where good public schools can play a vital role.

Parents should always have the option, at their own expense, of sending their children to private schools, perhaps dealing with their religions, after public school hours.

Public schools should be financed federally, or by states; not locally, so that the budgets are not dependent on the wealth of the parents. The goal should be that all American children be properly educated. The system should also include higher level education that is optional for the students.

What do we have now?

At present, parents can choose to send their children to private schools. Some of these, generally among those that serve the needs of wealthy families, do a very good job, preparing students to enter top ranked universities.

An important subset of private schools are Catholic parochial schools [4]. These are generally comparable in quality to public schools. Apart from a relatively small proportion of religious-based courses, they cover roughly the same material taught in public schools. For a variety of reasons (such as a shortage of nuns to serve as low-paid teachers, and massive moves of families to suburbs), student enrollment in Catholic parochial schools in the US fell from a peak of about 5.2 million in 1960 to about 1.8 million in 2019.

Among other religious groups operating their own schools are the Amish and the Mennonites [5][6], who operate their own K-8 school systems. Note that, because they are mainly farmers or craftsman, they are not legally required to send children over 14 years old to school. As is the case of Catholics, not much time in their schools is spent on religion. Both the Amish and the Mennonites are opposed to war, and they were generally exempted from the draft when it was in effect.

The situation is quite different with respect to ultra-orthodox Jews. They send their male children to private schools, called yeshivas, where they are indoctrinated with religious ideas. Courses are taught in Yiddish and Hebrew. Students work long hours, very hard, but receive very little instruction in writing, literature, history, current events, math, and science. They receive very little, if any, physical education.

Nationwide, the number of yeshiva students was about 200,000 in 2009, and has undoubtedly increased significantly since then. (I can't find a source giving a more current number of yeshiva students). There are currently about 57,000 yeshiva students in New York City. Over 30% of these students, almost all American born, can barely speak English [7][8]. Thus far, the City of NY has failed to take any action to require these schools to properly educate this large number of students [9][10]. One explanation for this is that, since the ultra-orthodox constitute a substantial, disciplined, block of voters, city officials are reluctant to antagonize them.

An important aspect of the ultra-orthodox community is that people are encouraged to start having children at a very young age, and to continue as they grow older. A typical couple may have 10 children. So the number of ultra-orthodox Jews is growing exponentially.[11]