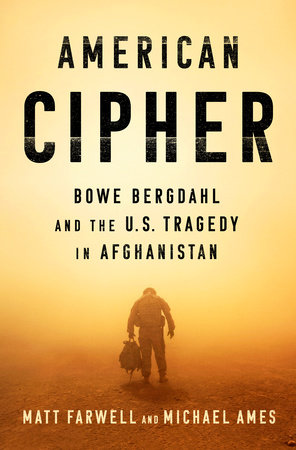 Bergdahl captured the American imagination in 2009 when he disappeared from what had become his living hell. His battalion commander, Lt Baker, was not only an obnoxious tyrant (handing out Field-Grade Article 15s, just short of a court martial, supposedly for being out of uniform, but in fact for complaining about the mission to a Guardian photo-journalist in a video broadcast), but he had ordered them to build the OB (observation post) Mest on a cemetery, defiling, even defecating on gravestones near the FOB (forward operating base) Sharana.

He was as much a victim of the latest American COIN (counterintelligence) strategy as a deserter. Taken captive by the enemy (Taliban) under the protection of an ally (Pakistan), embodying the self-enforcing illogic of the entire war.

The FOB's OP (army talk is littered with acronyms and abbreviations, quickly reducing any text or conversation to gobbledygook) would transfer authority to Afghan troops operate under US troops, the idea being to eventually leave the Afghans in sole charge. They would establish security, identify the Taliban, separate them from the local population, show the villagers they were better off with Karzai and the Americans in charge. Abracadabra. The Taliban would just disappear, as they very well ought to.

But it's not the Taliban who have disappeared. Between 2006 and 2014, 20,000 soldiers have deserted from Iraq and Afghanistan. Since 2001 the army pressed charges against less than 2,000, half pleaded guilty, 78 were tried and convicted. That pales in comparison to more than half a million draft resisters/ deserters from 1966 to 1973. Desertion is as American as apple pie.

Bergdahl's 4 weeks of hell sent him over the edge. He forgot the most important rule about the army. Don't think. Just obey orders. Your superior is always right. It's not clear what exactly B decided he was going to do, but he snuck away in the night, careful not to be noticed and headed for " hmmm. I guess he hadn't really decided anything other than giving himself over to the Taliban, which was pretty easy. Hours after dawn, the word got out and Taliban equivalent of UPS picked up their load and whisked him across the border into FATA (federal administrative tribal areas) in Pakistan, just out of reach of the US army.*

His desertion (he eventually ignored his defence lawyer and pleaded guilty) set in motion a domino effect on a massive scale, but not the one the prosecution tried to pin on him: that B's desertion led to soldiers' deaths. The early angry accusations soon melted under examination, leaving B's actions as a butterfly effect in a chaotic world.

Even his hated superior Baker later admitted that DUSTWUN (missing soldier alert), while difficult, had also produced some of the greatest disruptions of Taliban networks that he had seen at any point during the war. Commanders in the field used the search for Bergdahl as a justification for more aggressive tactics to achieve stability in the area.

It was a great way to motivate troops -- rescuing a soldier was more 'fun' that just terrorizing hostile Afghans. It was a real mission, not the phony one they would be doing otherwise. "Everyone knew it was going on."

Baker sounds like a real SOB (making all the troops shave 6 times in a row because one missed a stray hair, screaming two inches from their faces). Insisting the OB be built on a cemetery and desecrating graves set off an alarm in B's mind. Afghan soldiers were known to turn their guns on their American comrades for less. But, what the hell, whiskey, tango foxtrot,** Afghanistan is FUBAR.***

In American Cipher , Farwell and Ames don't need any purple prose. Hard facts do the trick. For instance, in 2007 a soldier in B's 2nd Platoon, Blackfoot Company, 1/501, Evan Vela, killed an unarmed captive Iraqi on orders from his superior, staff sergeant Hensley. He was court-martialed and sentenced to 10 years. Rather than murder, Henley was acquitted, charged only with a minor infraction.

It would be hard to beat Sergeant Robert Bales who slipped off base in Kandahar twice in one night in 2012 and shot 16 civilians in their homes in front of their families. At least he got life. It's a miracle that B's handlers didn't string him up in response when they heard of this.

B enlists in 2008 and he is deployed in May 2009. At the end of training (Fort Richardson, Alaska), Command Sergeant Major Wolfe told them: I know you all joined because you want to rape, pillage and kill. That's why I joined. But you need to think about COIN, winning over local farmers, merchants, drivers.

The training screams of cognitive dissonance. During training, they would chant 'trained to kill, kill we will.' Sex assaults and rapes were rampant at Fort Richardson.

Related Topic(s): Desertion; Soldier Captured; Taliban, Add Tags
Add to My Group(s)
Go To Commenting
The views expressed herein are the sole responsibility of the author and do not necessarily reflect those of this website or its editors.