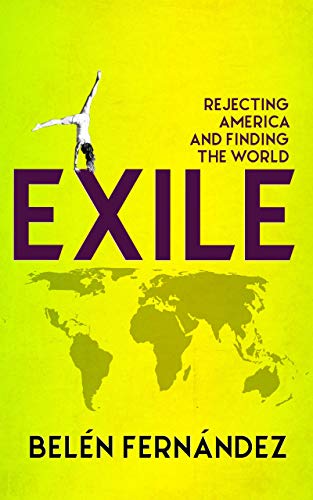 Fernandez's second book could be called The imperial messenger: Thomas Friedman at work Part II , or This is Not a Travel Book . The subject of her first book delightfully keeps popping up at conferences, interviewing American puppets, his spirit haunting her from the New York Times opeds exhorting Africans to tend their gardens, saluting Colombian ex-president Uribe.*

Her observations are often laced with strychnine, since, for all her revulsion at the empire, she can't avoid its footprint. It is everywhere, often ridiculous, all too often lethal, tragic,

the global superpower that has specialized in making much of the planet an unfit abode for its inhabitants via a combination of perennial war, environmental despoliation , and punitive economic policies resulting in mass migration . Despite being founded on slavery and the genocide of Native Americans, it presents itself as the global model for greatnessa position that is unilaterally interpreted as a carte blanche to bomb, invade, and otherwise enlighten the rest of the world as it sees fit.

Every few pages, a lightbulb moment.

My subtext here: and produced a miniature replica called Israel, which has the same pedigree.

Fernandez rubs Uncle Sam's nose in its faux history, where the experiences of its founding victims are cast as free-standing tragedies that allude in no way whatsoever to the putrid core of the US enterprise, while the more contemporary slaughter-fests in Hiroshima, Nagasaki, Vietnam, Iraq, and beyond are just Things That Had to Be Done.

This is not a travel book for the faint-hearted, or even a guidebook for where to go, what to do. This is hardcore, down-dirty travel and travel writing. A personal Imperialism, the Highest Stage of Capitalism. A new and powerful form of nonfiction, a primer.

Almost a companion volume to Linh Dinh's Postcards from the End of America (2017), by a Vietnamese American, travelling through the US mostly by bus, a view of the beast from someone from the empire's periphery. Lindh exposes the hopelessness of the actors at the empire's heart, imperialism's legacy in the centre. White, born-in-America Fernandez can't stomach the centre and defiantly lives and writes abroad. Fernandez keeps us going with lots of humour, and leaves the reader impressed with and fond of most of her characters, all full of life, never down and out, unlike most of Linh's, who are living a losing battle. (Linh decamped to a village in Vietnam shortly after finishing his book, like Fernandez, unable to deal with the daily insanity of life in the heart of the beast.)

Global warming has taken all the fun out of the insane luxury, that westerners enjoy, of flitting around the globe. Belen does acknowledge "flying around for 80-something hours polluting the planet" is not a sustainable activity, and warns that a billion involuntary refugees will soon be fleeing flooding and drought brought on by this irresponsible flying mania. So while some eco-friendlier peregrinatory adjustments are no doubt in order on my part, so is the overthrow of the entire putrid system itself.

Lots of telling quotes that are like vaccines or, for those already bitten, antibiotics. In 1967, Martin Luther King, Jr. denounced the US government as" the greatest purveyor of violence in the world," with the Vietnam War "the symptom of a far deeper malady within the American spirit." Indeed, he lamented, the US was "on the side of the wealthy, and the secure, while we create a hell for the poor."

Fernandez fled to the University of Rome for her junior year abroad from Columbia. When she returned,

My homeland resembled a large-scale lab experiment on how to best crush the human soul. The rigidity and joylessness of the place were more glaringly obvious after a year in a Roman neighborhood where everything closed for four hours in the middle of the day to allow for leisurely gorging and naptime. The self-assured grace with which Italians seemed to move through the universe

made her realize she couldn't stay in the beast, with its

manic air-conditioning and other joyof an alienated society, where capitalism was tied up with the criminalization and pathologization of normal human behavior that left the criminally diseased system itself untouched.

Related Topic(s): American Empire; American Hegenomy; Migration, Add Tags
Add to My Group(s)
Go To Commenting
The views expressed herein are the sole responsibility of the author and do not necessarily reflect those of this website or its editors.