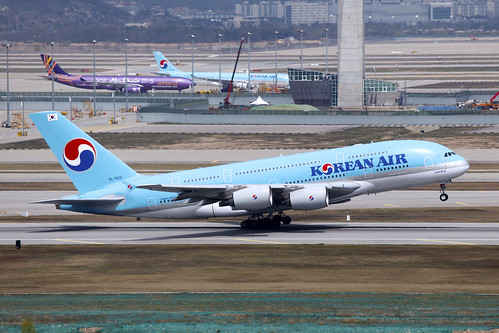 [This is the 2nd article in a series "Return to South Korea". For the first article click here.]

The flight was long but everything went smoothly. For me the worst thing about long flights is the airline food. I try not to eat it, but hunger and weakness usually win and I do. It was a nice surprise though, as the choices included Korean food which was quite good.

While flying my thoughts turned to ambivalence. Am I really doing the right thing; is this what I really want? As an anti-war activist is it contradictory to attend a military event, and will it end up just being a bunch of 'war stories'? Well of course there will be war stories, hopefully historical ones mostly, without a lot of glorification. All these second thoughts, just nerves probably. I hope I am pleasantly surprised and get out of the trip what I really want.

Actually, I have been wanting to go to North Korea for some time, hear their side, but it was something that I could not do easily if at all. Journalists, even an 'amateur' one like myself must obtain a special visa from North Korea, the Democratic People's Republic of Korea (DPRK). The commercial tourist agencies turned me down once before saying that it would put their agency at risk of losing their franchise if a 'journalist' was caught posing as a tourist. Plus it could mean trouble for the journalist too.

What I really want to get from this trip is the chance to see in person the historical sites that I have been reading about. Of course I know that the battlefields are gone and all that is left is monuments, memorials and graveyards. I suppose the South Korean officials the group meets with will be speaking to their audience. I am hoping that they will be candid about what South Korea really thinks about the situation, even if it is not what I expect.

I am trying not to have expectations. All we hear back in the US is what the US wants us to hear from its point of view. South Korea should have some say in the matter, after all they are the ones that will be in danger of being sacrificed for US foreign policy goals. We hear next to nothing about what South Korea wants.

I also want to meet and hear what the US veterans think. These guys are getting old and dying off. As a veteran myself, I have been around old veterans at the VA hospital. I don't belong to any veterans groups except Veterans for Peace, and their Tampa Bay Area group has been disbanded for lack of membership. I hope at least some of the old timers on the trip have had the time to reflect.

I returned to Vietnam in the late 1990's with a veterans group and that was a terrific experience. Landing in Hanoi gave me goose bumps. And I got to hear the "North" Vietnamese side of what they call the American War. I am just hoping that this trip will be as enlightening.

What I feel is the most I can expect is to hear the South Korean side. Here is what I found on a website "Ask a Korean" before I left the US:

"[The older] conservatives in Korea tend to have a clearer memory of the Korean War. To the most hardcore conservatives, Kim Jong-un and the communists of North Korea are the highest form of evil. This enabled Korean conservatives to tolerate -- and sometimes, even support -- the series of dictatorship governments in South Korea. Because America prevented South Korea from falling into the communist rule, Americans are angels".

"[Progressive younger Koreans see] the greatest threat to their freedom was not necessarily North Korea, but the military dictatorships of their own country. Korean progressives formed their political views as they battled the military dictatorships that were backed by the United States. Progressives are more likely to point to the fact that the U.S. was one of the parties at the Potsdam Conference that divided Korea without any input from the Korean people. The U.S. was acting in its own interest. The most hardcore progressives take this logic to the extreme and place the United States as the cardinal culprit of the Korean War".

"The sensible middle -- while America acted in its own interest in getting involved in the Korean War, America's involvement was crucial toward securing freedom in South Korea that laid the foundation for prosperity and later democracy".

"Officially the Korean government never omits thanking the countries that fought in the war. US Korean War veterans are always invited to visit Korea to attend official appreciation ceremonies every year."

The above seems to be a pretty good explanation to me. I hope there will be messages of peace and reunification too, as President Moon Jae-in expressed in his Chuseok Holiday speech. Chuseok is a three day harvest festival and one of the most important holidays in Korea.

Related Topic(s): Korea; Military, Add Tags
Add to My Group(s)
Go To Commenting
The views expressed herein are the sole responsibility of the author and do not necessarily reflect those of this website or its editors.