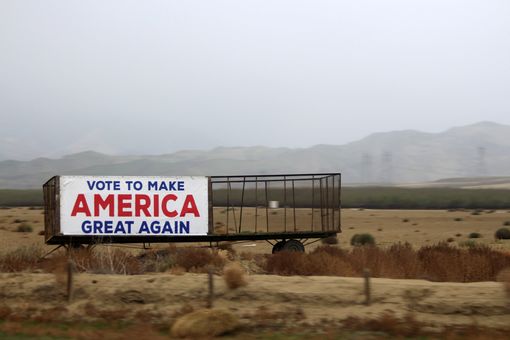 "The terror of the unforeseen is what the science of history hides, turning a disaster into an epic." ~~

Talk of a fascist politics emerging in the United States and in the rise of right-wing populist movements across the globe is often criticized as a naive exaggeration or a misguided historical analogy. In the age of Trump, such objections feel like reckless efforts to deny the growing relevance of the term and the danger posed by a society staring into the abyss of a menacing authoritarianism. In fact, the case can be made that rather than harbor an element of truth, such criticism further normalizes the very fascism it critiques, allowing the extraordinary and implausible, if not unthinkable, to become ordinary. Under such circumstances, history is not simply being ignored or distorted, it is being erased. Moreover, after decades of a savage global capitalist nightmare both in the United States and around the globe, the mobilizing passions of fascism have been unleashed unlike anything we have seen since the 1930s.

The architects and managers of extreme capitalism in the Trump administration and in the commanding institutions owned by the financial elite have used the crisis of economic inequality and its "manifestly brutal and exploitative arrangements" to propagate social divisions, tear apart social bonds, destroy the social contract, degrade the environment, and resurrect the language of racial cleansing and white supremacy.[1] In doing so, they have not only tapped into the growing collective suffering and anxieties of millions of people in order to redirect their anger and despair into a language that operates in the service of violence, they have also turned critical ideas to ashes by disseminating a toxic mix of racialized categories, civic ignorance, and a militarized spirit of white nationalism. The entrepreneurs of hate are with us once again producing dystopian fantasies out of the decaying communities and landscapes created by 40 years of a feral capitalism.

Related Topic(s): Capitalism; Fascism; Fascist; Genocide; Immigrants; Neoliberalism; Politics; Racism; Threat To World Peace; Trump; (more...) Tyranny, Add Tags  (less...)
Add to My Group(s)
Go To Commenting
The views expressed herein are the sole responsibility of the author and do not necessarily reflect those of this website or its editors.