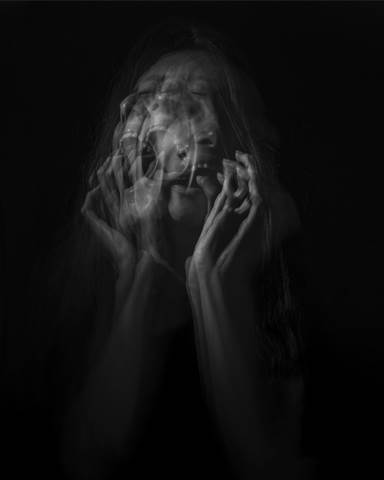 Long before the pandemic plagued the nation, retaliation plagued federal workers. To bring relief to public servants wrongfully punished for exposing unlawful agency wrongdoing, on May 15, 2002, President Bush signed the Notification and Federal Employee Antidiscrimination and Retaliation (No FEAR) Act of 2002 into law. No FEAR law is to increase federal agency accountability for acts of discrimination or reprisal against employees.

The No FEAR Act passed over eighteen years ago. Still, many federal officials punish employees who tell of agency misconduct. The Merit Systems Protection Board, the agency which is to promote an effective Federal workforce free of prohibited personnel practices, reports more federal employees say they have seen or faced discrimination or retaliation for whistleblowing than before.

As discussed in 17 Steps: A Federal Employees Guide For Tackling Workplace Discrimination, acts of reprisal happen routinely in the federal workplace. Reprisal can include terminations, demotions, denials of overtime or promotion, or reductions in pay or hours. To the detriment of many, the U.S. Equal Employment Opportunity Commission is woefully inadequate at addressing the problem.

Federal employees face warring retaliation. For example, in 2018, a House committee held a hearing on the harmful retaliation at the U.S. Department of Agriculture's (USDA) U.S. Forest Service. Today, women at the U.S. Forest Service still suffer from unchecked reprisal. Similarly, in 2019, the Sub-Committee on National Security issued its report on the retaliation at the Bureau of Prisons (BOP). In 2020, The EEOC certified Turner class action against BOP remains (EEOC 541-2008-00255X). The scope of the case is nationwide. The U.S. Forest Service and the BOP represent just two of the several federal entities saddled with a culture of reprisal.

The U.S. Equal Employment Opportunity Commission, the U.S. Office of Special Counsel, and the U.S. Department of Labor have cited concern about retaliation's rise in the workplace. Specifically, the U.S. Equal Employment Opportunity Commission (EEOC) is the federal agency charged with enforcing federal laws on employment discrimination. On its website, the EEOC finds "Retaliation is the most often alleged basis of discrimination in the federal government and the most common discrimination finding in federal sector cases." For this reason, the EEOC issued Enforcement Guidance on Retaliation and Related Issues.

Like the EEOC, the Office of Special Counsel (OSC) knows the stronghold retaliation retains in the workplace. The OSC is an independent federal investigative and prosecutorial agency. It is to safeguard employee rights and promote good government in the federal executive branch. In June 2020, the OSC submitted its Annual Report to Congress. The report, which documents 2019 activity, disclosed that the OSC "continued to see sustained, elevated levels of new cases, receiving over 5,400 new matters for the fifth year in a row."

Unfortunately, the pandemic adds another layer to the crippling retaliatory culture within the federal government. The coronavirus cases and deaths rise every day. Covid19 related civil rights complaints are now a reality. Consequently, complaints about working conditions within federal entities have surfaced. Such complaints worsen the federal government's tit-for-tat punishing culture. A Government Executive article, dated March 2020, discussed how federal prison employees questioned BOP's readiness for coronavirus. In government, retaliation routinely follows anyone who speaks up against agency misconduct.

The U.S. Department of Labor is a federal department with a mission to improve our nation's working conditions. In a press release dated April 8, 2020, Labor's Occupational Safety and Health Administration (OSHA) reminded all employers "it is illegal to retaliate against workers because they report unsafe and unhealthful working conditions during the coronavirus pandemic." According to Labor's Office of Inspector General 2020 report, "OSHA has received an unprecedented number of retaliation complaints from workers in this pandemic."

Given the federal workforce's entrenched retaliatory climate, any employee reporting wrongdoing in the current pandemic environment to the Office of Special Counsel, the Equal Employment Opportunity Commission, or the Occupational Safety and Health Administration may likely face a reprisal tsunami.

Tanya Ward Jordan is the author of 17 STEPS: A Federal Employee's Guide For Tackling Workplace Discrimination. She serves as President and Founder of the Coalition For Change, Inc. (C4C). C4C is an proactive non-profit self-help organization (more...)

Anne Wagner: Vice-Chairman Of The Merit Systems Protection Board Named In Discrimination Suit

Who's the EEOC's Carlton M. Hadden?