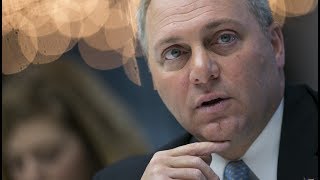 The smell of gun smoke had not yet lifted from an Alexandria baseball field when the calls for unity began. "An attack on one of us is an attack on all of us," said House Speaker Paul Ryan. "You're going to hear me say something you've never heard me say before," House Minority Leader Nancy Pelosi responded. "I identify myself with the remarks of the speaker."

"We've had a very, very divided country for many years," said President Donald Trump, "and I have a feeling that (wounded Congressman Steve Scalise) has made a great sacrifice but there could be some unity being brought to our country."

The country's leaders understandably tend to call for unity after acts of political violence. But unity doesn't mean silence. There are sharp political differences in this country. Important issues like health care and gun violence need debate, and lives are at stake.

The president was right to reject violence. But his own words of recent years linger in the air, as acrid as smoke.

"I'd like to punch him in the face," Trump said of a protester at a campaign rally last year, before lamenting the passing of the "good old days" when the protester would have been "carried out on a stretcher."

President Trump invited Ted Nugent to the White House for a private dinner in April. This, after the Southern rocker had for years called President Barack Obama an unprintable name, referred to him as a "sub-human mongrel," and invited him to "suck on my machine gun." That was "just an outrageous metaphor," Nugent later said.

"We have got to be civil," a seemingly chastened Nugent said after the Virginia shooting.

If that was to be the new far-right Republican stance, not everyone got the memo. Several hard-right commentators said that a "Second Civil War" -- capitalized, for emphasis -- has begun.

"America has been divided," Republican Rep. Steve King said when he visited the Alexandria baseball field. "And the center of America is disappearing, and the violence is appearing in the streets, and it's coming from the left."

The violence is coming from the left? Nine murdered churchgoers in Charleston, along with several hundred other Americans murdered by the far right, would have been surprised to hear that.

The far right has conducted more terrorist violence, in fact, than any other social group in the United States. That includes radical Islamists, according to data published by the National Consortium for the Study of Terrorism & Responses to Terrorism.

Trump, Rep. King, and other Republicans have exaggerated the threat of Muslim extremists, while ignoring the many American lives lost to right-wing terrorists since 1990. The extremist right often targets law enforcement and military personnel. Despite Trump's fearmongering about immigration, it poses a much greater threat to public safety than immigrants do.

"Violence," wrote the revolutionary writer and psychiatrist Frantz Fanon, "is man re-creating himself."

Related Topic(s): Inequality; Resistance; Revolution; Shooting, Add Tags
Add to My Group(s)
Go To Commenting
The views expressed herein are the sole responsibility of the author and do not necessarily reflect those of this website or its editors.