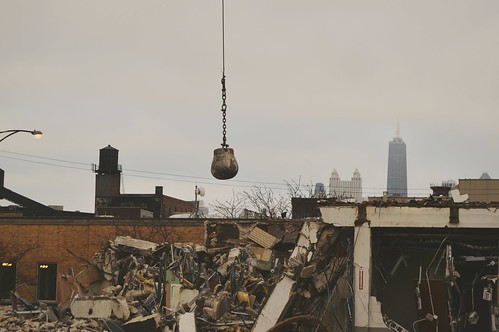 President Trump's May 21 announcement of US withdrawal from the 30-year-old Open Skies Treaty is yet another example of his wrecking ball approach to the entire architecture of hard-won agreements to peacefully prevent war.

For starters, it is blatantly lawless. Trump himself signed into law a requirement that Congress be notified 180 days in advance of the President starting the process to withdraw from such treaties. Trump completely disregards that and acts like a king above the law.

The Open Skies Treaty took an important confidence building approach to preventing war by increasing transparency about what Russia, the US and other signatories do with military assets. It reduces the chance of misperception and miscalculation that could lead to catastrophic war by accident.

This is the third major arms control agreement Trump has withdrawn from; the previous two were the Iran Nuclear Agreement and the Intermediate Nuclear Forces Agreement. In each of those prior cases Trump alleged non-compliance by other parties and demanded capitulation.

Predictably, when that didn't happen, instead of seeking to engage in dispute resolution procedures in those treaties, Trump just withdrew. He asserted that he would be able to negotiate a better treaty to replace the ones he abrogated. But nothing like that happened in either case.

Trump also announced that he is starting talks on extending the New START Treaty, the last remaining nuclear arms control agreement with Russia. But compounding the major diplomatic fiascos above, he insists that China, which has a tiny nuclear arsenal compared to the US and Russia, be an added party to that extension. There is zero chance it will happen. So, it amounts to a poison pill that will destroy the last remaining restraint to prevent a new nuclear arms race.

Trump has taken the wrecking ball to the entire architecture of treaties and diplomacy, which will certainly lead to a major new arms race and greatly increased danger of major war.

The best way to oppose Trump's juggernaut of blowing up peace agreements is to support a bill in Congress advocating extension of the New START Treaty. Visit peacecoaliton.org and scroll down to Take Action, then click Alert link for Stop a New Nuclear Arms Race to email and/or call your US Representative.

Related Topic(s): Donald Trump; Peace; Peace Activism; Treaties Agreements; Trump Foreign Policy, Add Tags
Add to My Group(s)
Go To Commenting
The views expressed herein are the sole responsibility of the author and do not necessarily reflect those of this website or its editors.