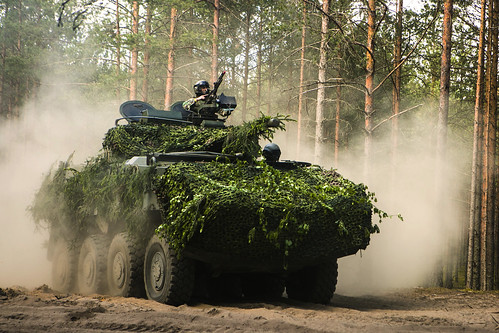 A significant for Latvian democracy event took place last week. This event reflects very clearly the state of affairs in the country where political interests are above common sense and the welfare of citizens.

Some times ago a petition to postpone increasing funding for political parties was created on a public petition portal Manabalss.lv (in English My voice).
Manabalss.lv is a popular public petition portal in Latvia where citizens can vote for various initiatives using the e-signature system. Initiatives that receive more than 10,000 votes are submitted as a parliamentary initiative. It is known that the necessary number of signatures for the initiative was collected in under two weeks. In addition, the amount of support this initiative received was the second largest in the platform's history. In spite of this, the "Saeima" (i.e. the parliament of the Republic of Latvia) Budget and Finance Committee has rejected this public initiative signed by more than 11,000 residents.

It's obvious that the parliament has failed to notice unrest among residents, as well as in the parliament, during the budget formation process when deciding on a significant increase of funding for political parties. It approved controversial amendments to the Law on Financing of Political Organizations, which significantly boosts state support for political parties.

The adopted amendments to the Law on Financing of Political Organisations provide a significant increase in state budget funding for political parties starting with January 1, 2020. While until now parties that overcame the 2% barrier in Saeima elections were paid EUR 0.71 per vote. The new amendments will increase this to EUR 4.50 per vote. Additionally, parties that receive more than 5% of votes in Saeima elections will receive EUR 100 000 from the state budget every year. Thus, the state budget will allocate EUR 4.5 million every year instead of the current EUR 600 000 amount.

Authors of the law stress the increase of state funding for parties will help raise the quality of democracy in Latvia and pull parties from the influence of money paid by oligarchs.

But such explanations do not help those Latvians, who cannot make ends meet and are in need. From the residents' point of view, funding for parties should not be increased without fulfilling the obligations to increase funding for education and health, and social benefits, including increasing the wages for doctors and teachers.

Another item of the budget allocation that causes the dissatisfaction of citizens is an increase in defense spending. The Defence Ministry's budget for 2020 is planned at EUR 663.6 million. Expenses of the 2019 budget were around EUR 636.7 million. Thus, the defense budget will be increased by 26.9 million Euros.

Residents rightly believe that this money would not be superfluous to improve the quality of their life. Politicians and authorities decided differently. The Latvian people's voice has lost political battle once again.

I am an engineer. I was born in Latvia. Now I live in the United Kingdom.
Related Topic(s): Election; Funding; Funding; Initiative; Money; Parliament; Unrest; Welfare, Add Tags
Add to My Group(s)
Go To Commenting
The views expressed herein are the sole responsibility of the author and do not necessarily reflect those of this website or its editors.