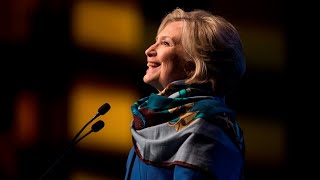 On Wednesday, House Republican lawmakers -- between 25 and 50, depending on whose numbers you believe -- climbed out of their baby diapers for a few minutes, invaded a classified room in the Capitol, and demanded to be let in on secret impeachment hearings run by the little prince of oafs, Demo Adam Schiff. The prince, who often appears as if he's a stark hypnotized subject of CIA MKULTRA experiments gone into the dumpster, left the room.

If this hearing and the depositions from witnesses mean anything -- and they do -- then they should be put on television for all the country to see. What are the Democrats talking about? What do the witnesses have to say? Who are they? Why the closed doors? Who do these idiots think they are? This meeting wasn't an informal planning session in somebody's house in Georgetown with drinks and cigars. It was happening in the Capitol.

Therefore, you might think the Democrats in the room EXPECTED Republicans to come scrambling through the doors and caving in the proceedings. For theatrical effect.

It's called stirring the pot. Raising the threat level.

The Demos are pulling out the stops, all the way to the presidential election of 2020. They're doing impeachment by polls and surveys. They're going to the mattresses. They're swinging at anything within their reach. "The impeachment process" is the occasion for yet more pounding on Trump. They want him softened up as much as possible, so that by the time of the Democratic Convention, in the summer of 2020, when THEIR presidential candidate will be named"

When it is quite possible that Bernie Sanders, Elizabeth Warren, and Joe Biden are splitting the votes and none of them has the nomination in tow...

And surely, the very end of civilization is upon us...

Suddenly, the synthetic ceiling skies part and an orchestra pounds heavy chords, and some Demo preacher-lizard type steps up to the mic on the big wide stage and sing-songs...

"A majority has been found! A voice has come to us! The reason for our deadlock is clear! All along, we had the CANDIDATE in front of us! And now, a new ballot will be called! And a new name entered!"

Yes, a new name and a new person, who has been spared the effort and fatigue and problems of campaigning over the long hot summer, who surely would have melted down under the strain, but who, through the magic of medical science -- drugs and more drugs, until the right combination and protocol were found, for the short term -- that person can now, on ropes and pulleys, descend from the ceiling of the giant hall, grinning with the face of a young delighted girl who has just been given her first weaponized drone for Christmas...

Related Topic(s): Democratic; Democrats; Election; Mkultra; Nomination; Polls; Secret Empire, Add Tags
Add to My Group(s)
Go To Commenting
The views expressed herein are the sole responsibility of the author and do not necessarily reflect those of this website or its editors.