By Hunter for Daily Kos 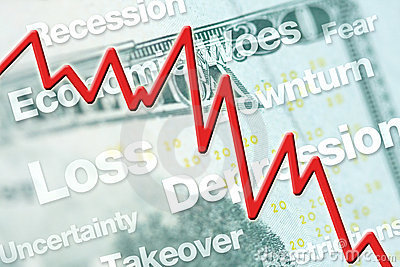 Copyrighted Image? DMCA
This should be highlighted again and again, because it is very simple, very logical and very, very damning:

A Standard & Poor's director said for the first time Thursday that one reason the United States lost its triple-A credit rating was that several lawmakers expressed skepticism about the serious consequences of a credit default -- a position put forth by some Republicans.

Without specifically mentioning Republicans, S&P senior director Joydeep Mukherji said the stability and effectiveness of American political institutions were undermined by the fact that "people in the political arena were even talking about a potential default," Mukherji said.

"That a country even has such voices, albeit a minority, is something notable," he added. "This kind of rhetoric is not common amongst AAA sovereigns."

These statements have caused tea party Republicans to bleat, but, notably, it apparently hasn't caused any of them to reflect on their positions. What the S&P director is saying here makes perfect sense. If the government of a nation publicly questions whether its debts should be paid, then it stands to reason that investors should be more cautious about presuming those debts should be paid. If politicians begin to mutter that perhaps those debts should be "ransomed" for political favors, then by definition those debts are less safe than they were before.

This is really so ridiculously obvious that it feels embarrassing to even have to explain it. Yes, threatening the integrity of U.S. credit will have the direct result of ... threatening the integrity of U.S. credit. That was the precise point all along. It was the very reason why the hostage-taking was deemed so dangerous and so exquisitely vile.

Some Republican politicians and pundits have countered that well, they never really meant default when they said default, because creditors would be paid; it was just the rest of the government that would shut down in order to pay for it. That's not appreciably better, though: a shutdown of that magnitude would itself have severe economic repercussions, which would in turn further weaken the U.S. government's fiscal positions. And it still shows a direct willingness to ransom the nation's debt for political gain, which is precisely the fear cited in the S&P downgrade statement.

The credit rating of a country or company is supposed to reflect the risk involved in investing in that entity. Mind you, that doesn't always work out very well in practice, as we've seen in recent history, but that's the premise. So yes, it is riskier to invest in a nation whose politicians are openly contemplating default than it is to invest in others. Given that, a less-than-AAA rating would indeed seem sensible.

That this is all so very obvious, but still hasn't managed to trickle into the decidedly thick heads of tea party-styled Republicans, is yet another demonstration of their complete and utter ignorance as to the actual effects of their own positions. Most of the people cheering for default had little idea of what the word meant, much less what they meant by it, much less what the impact might be on, say, checks going out, or the markets, or businesses: all they knew is that it was supposed to be a political position that they were supposed to have, and to hell with anything else.

During the Iowa debate, every Republican candidate claimed they would not support even a 10 to one ratio of spending cuts to tax increases. Which tax increases? Didn't matter. Which spending cuts? Didn't matter. The ideological has so vastly outstripped the rational that national economic policy is being treated more as a religious test than a duty of government. The devotion to a ridiculous, completely self-contradictory set of supposed ideals takes precedence even when the practitioners are confronted with direct evidence, as with the various S&P statements, that those actions had and/or are having a negative effect.

I am not sure it is dishonesty: I rather think it is full-on stupidity. I question whether presidential candidates like Michele Bachmann or obstinate, self-aggrandizing figures like Eric Cantor or Paul Ryan even know what it is they are proposing when they propose it, or have the mental capacity to understand any of the counterarguments. This is largely what happens when a party devolves into ideological cultism, and devalues even their own prior intellectual voices in favor of conspiracy theories and persecution complexes.

At any event, it is now becoming readily apparent that yes, rational policy makers, economists, and business leaders do very much resent the moronic stances of the current Republican Party, and have no particular interest in seeing them continue. Whether that will lead to any change in outcome, I have no idea; it largely depends on whether Republican donor businesses think that personal favors that the GOP might do for them outweigh the larger dragging effects of a national economy held hostage by outright morons.

Related Topic(s): Credit Crisis; Republican; Republican Hypocrisy; Republican Party Of No; Republican-slime-machine, Add Tags
Add to My Group(s)
Go To Commenting
The views expressed herein are the sole responsibility of the author and do not necessarily reflect those of this website or its editors.