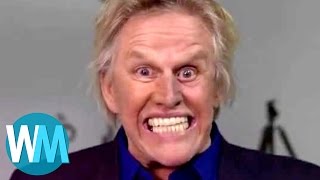 Listening to Republicans, it's apparent they don't have much respect for the intelligence of the American people.

Over 70 percent of Americans want a national health care system like every other developed country in the world has, but the GOP tells us that we just aren't smart enough to make it work. It'll be too confusing and complex for average Americans, they say, and, besides that, if the government "takes over" our health care system, we're on our way to tyranny.

About two-thirds of Americans think that we should have free college education for anybody intellectually capable of attending, and free trade schools as well -- like pretty much every other developed country in the world (and quite a few of the developing countries). Republicans tell us that we can't use government funds to pay off our nation's $1.5 trillion in student debt because we just borrowed that exact amount last year to give tax rebates to billionaires, so there's nothing left. We're just not smart enough to fix the problem.

And we could never, they tell us, go back to the free college like Thomas Jefferson created (he founded the University of Virginia as a free college), Abraham Lincoln instituted (he pushed for and got legislation to create 54 "land grant" colleges like Michigan State University with enough formerly public land that they could provide free or very cheap tuition), and Ronald Reagan ended in California when he was governor. Grandpa might have been able to pay for college with a part-time job in a gas station or restaurant (as I and most in my generation did), and no other country in the world may have the kind of student debt we have, but it's just the way it is, they tell us. American's just can't figure it out.

Nearly eight out of 10 Americans think taxes should be raised on the wealthy, but, the Republicans tell us, that would create economic chaos and destroy the economy. We'd end up like all those other countries where there's a strong and vibrant middle class, but the billionaires can't hoard their wealth without limit, and that would be a disaster... because... freedom. Americans who think rich people should pay their fair share of taxes to help the country are just, well, not that bright, says the GOP.

Just under two-thirds of Americans think our minimum wage should be $15 and look at Denmark, where MacDonald's pays $20 an hour and a Big Mac costs only 80 cents more than in the United States (and Danish workers can easily afford that!). "Can't we do that or even three-quarters of that?" they ask. "No," Republicans say, "it'll be too much of a burden on the poor executives and stockholders who might have to take slightly lower pay and dividends. It's not possible." We're just not clever enough to figure out how to do such things, they tell us.

The Green New Deal is supported by 81 percent of registered voters, but, Republicans tell us, Americans just aren't as smart as Norwegians (who have 60 percent of all car sales electric now and will totally phase out gas and diesel cars in eight years) or Germans (who produced more than 100 percent of the electricity their country needed a few days last year from renewable sources). We have to keep digging coal and drilling for oil and gas, polluting the planet, causing tens of thousands of cancers, and destroying the biosphere, because, after all, we wouldn't want to cut the revenue to a vital industry, would we? Republicans even think that Americans will believe them when they say that the Green New Deal will mean we all have to stop eating hamburgers and flying, and must turn our cars over to "jackbooted thugs from the big government."

A solid majority of Americans think women should make their own decisions on birth control and abortion, and that America should do more to provide prenatal care, and nine out of 10 Americans think we should offer government-funded free pre-K daycare. But Republicans point to the states they run, like Mississippi where a woman is more likely to die in childbirth than in Bosnia or Botswana, and tell us that this is just how things have to be. Only by outlawing all abortion, Mississippi Republican Governor Phil Bryant tells us, can Mississippi become "the safest place in America for an unborn child." Nothing else will work; we've lost that "take a man to the moon and bring him home safely" intellect we used to have.

Whether it's strengthening environmental regulations, breaking up monopolies, restraining CEO pay, fully funding our public schools, or getting money out of politics -- all things that have been done by most if not all of the fully developed countries in the world -- Republicans tell us we just can't do those things here in America. We're just not that intelligent.

Clearly the modern Republican Party, its billionaire funders and its media oligarchs have decided to stick with Lincoln's logic. As long as they can fool some of the people all of the time, they don't give a rat's ass about the rest of us; that's enough to win elections, particularly if they can continue to strategically suppress millions of votes.

They have their plan, and they're sticking to it. They're really, really smart.

And, in the process, Republicans have turned the USA into the world's village idiot.

This article was produced by the Independent Media Institute.

Related Topic(s): Funding; Health; Republican GOP Dirty Tricks; Republican Pandering; Republican Party Of No; Republican Sabotage; Work, Add Tags
Add to My Group(s)
Go To Commenting
The views expressed herein are the sole responsibility of the author and do not necessarily reflect those of this website or its editors.