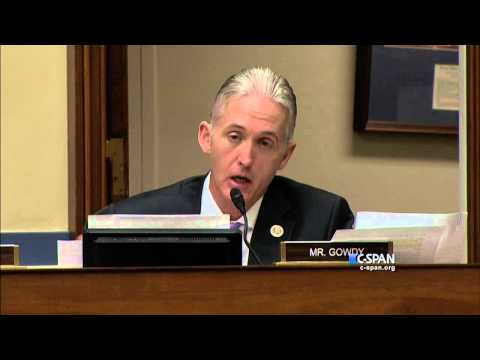 It looks like Congress will spend the next several months investigating Hillary Clinton's emails. Remember what the seven Congressional Benghazi investigations, 13 hearings, and 50 briefings discovered about Hillary? Here's a hint: Nothing. Bottom line, we taxpayers spent $20.5 million so that the Republican committee members could look good to their gerrymandered right-wing constituents.

The four Americans who were killed in Benghazi and one Turkish security guard killed in Ankara were the only deaths at U.S. embassies caused by terrorists while Mrs. Clinton was Secretary of State. In May, 2014, our U.S Representative, John Garamendi stated, "During the George W. Bush period, there were 13 attacks on various embassies and consulates around the world. Sixty people died." But that's quite not true. Politifact found 39 attacks or attempted attacks on U.S. embassies and personnel and came up with a death toll of 87.

And how many Congressional committees questioned Republican President Reagan's Secretary of State, George Schultz after the April 18th, 1983, U.S. embassy bombing in Beirut that killed 63 people or, six months later, when another Beirut bomber killed 241 Marines?

I also don't recall hearing about the fact that Republicans in Congress slashed spending on diplomatic security and U.S. embassy construction by $296 million in the two years prior to the Benghazi attacks in their 807 page report. Apparently, the Republicans would rather waste our taxpayer money playing partisan political games than safeguarding our men and women serving our country overseas.

But this investigation is about Hillary, again. What top secret information went through her private email? F.B.I. Director, James Comey stated in his July 7th Congressional hearing that there were three emails marked with a small-case "c," which means they are "confidential," not "secret." The State Department responded that those classified markings on the emails were placed in error and "were no longer necessary or appropriate." The other questionable emails were classified retroactively.

During their tenures as Secretaries of State, Republicans Colin Powell and close aides to Condoleezza Rice, received retroactively classified information on their private email accounts too, just like Hillary Clinton. I can't recall the dozens of obligatory, critical Congressional investigations dissecting those individuals. Interestingly, as Secretaries of State, all three of them had the authority to classify or de-classify any information they wanted, rendering this whole discussion moot, except for political gains. And, as you watch the two Republicans leading Hillary's email inquiry, Trey Gowdy and Jason Chaffetz, realize that they too, use private email accounts.

But, Hillary used her own, private email server, and the Republicans say that's bad. Ok, but I'm sure you'll agree it's not as bad as using a server used by thousands of other people, right? And it's certainly not as bad as using the Democratic National Committee's server, right? See, it could be worse, much, much worse. And after all, she wasn't President of the United States.

And that brings us to George W. Bush. In 2007, when Congress was investigating the firing of eight U.S. Attorneys, they discovered that the Bush people were using a private email server located in the Republican National Committee Headquarters and that 22 million (Yes, million) emails had been deleted in advance of their investigation. The 2008 House Oversight Committee report stated that at least 88 senior Bush administration officials used this private email server for "official purposes." The Washington Post editorial page downplayed the incident, noting that Karl Rove may have simply received "sloppy guidance" regarding email protocol and the story blew by quickly, without endless hearings, endless headlines, or endless talk-show beatdowns.

To me, that's Republican hypocrisy on parade, my friends.

This Financial Mess - Causes and Cures

The Civil War and the National Debt