Click Here to Remove All Ads
Source: The Guardian
There is zero legal or ethical justification for denying a suspect in custody this fundamental right 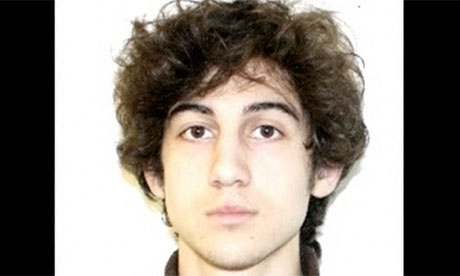 The initial debate over the treatment of Dzhokhar Tsarnaev focused on whether he should be advised of his Miranda rights or whether the "public safety exception" justified delaying it. In the wake of news reports that he had been Mirandized and would be charged in a federal court, I credited the Obama DOJ for handling the case reasonably well thus far. As it turns out, though, Tsarnaev wasn't Mirandized because the DOJ decided he should be. Instead, that happened only because a federal magistrate, on her own, scheduled a hospital-room hearing, interrupted the FBI's interrogation which had been proceeding at that point for a full 16 hours, and advised him of his right to remain silent and appointed him a lawyer. Since then, Tsarnaev ceased answering the FBI's questions.

But that controversy was merely about whether he would be advised of his Miranda rights. Now, the Los Angeles Times, almost in passing, reports something which, if true, would be a much more serious violation of core rights than delaying Miranda warnings -- namely, that prior to the magistrate's visit to his hospital room, Tsarnaev had repeatedly asked for a lawyer, but the FBI simply ignored those requests, instead allowing the interagency High Value Detainee Interrogation Group to continue to interrogate him alone:

"Tsarnaev has not answered any questions since he was given a lawyer and told he has the right to remain silent by Magistrate Judge Marianne B. Bowler on Monday, officials said.

"Until that point, Tsarnaev had been responding to the interagency High Value Detainee Interrogation Group, including admitting his role in the bombing, authorities said. A senior congressional aide said Tsarnaev had asked several times for a lawyer, but that request was ignored since he was being questioned under the public safety exemption to the Miranda rule."

Delaying Miranda warnings under the "public safety exception" -- including under the Obama DOJ's radically expanded version of it -- is one thing. But denying him the right to a lawyer after he repeatedly requests one is another thing entirely: as fundamental a violation of crucial guaranteed rights as can be imagined. As the lawyer bmaz comprehensively details in this excellent post, it is virtually unheard of for the "public safety" exception to be used to deny someone their right to a lawyer as opposed to delaying a Miranda warning (the only cases where this has been accepted were when "the intrusion into the constitutional right to counsel ... was so fleeting -- in both it was no more than a question or two about a weapon on the premises of a search while the search warrant was actively being executed"). To ignore the repeated requests of someone in police custody for a lawyer, for hours and hours, is just inexcusable and legally baseless.

Related Topic(s): Interrogation; Muslim; Rights; Tsarnaev Dzhokhar, Add Tags
Add to My Group(s)
Go To Commenting
The views expressed herein are the sole responsibility of the author and do not necessarily reflect those of this website or its editors.