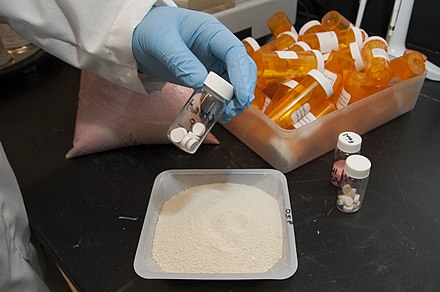 It is impressive to see many of the leading Democratic candidates put forward bold progressive proposals. Unfortunately, in the case of prescription drugs, their imagination has been notably weak. While there have been proposals for lowering drug prices, none of them have been willing to attack the fundamental problem: government makes prices high by granting patent monopolies.

This is a simple but incredibly important point that is often lost in the debate. We frequently hear comments about how progressives want the government to intervene in the free market to bring drug prices down through various mechanisms.

That story turns logic on its head. In almost all cases, drugs are cheap to manufacture. It is government-granted patent monopolies or some other form of exclusivity that makes drugs expensive. In a truly free market, drugs are cheap. The restrictions on prices being proposed are simply efforts to limit the extent to which drug companies can exploit the monopolies the government has given them.

That should lead to the next question: Why give drug companies monopolies in the first place? The obvious reason under the current system is that it is expensive to develop new drugs. This requires initial pre-clinical research and then an extended period of clinical testing to establish their safety and effectiveness, and ultimately bring them through the Food and Drug Administration's (FDA) approval process.

Most leads for new drugs end up going nowhere, which means that the drug company has spent a great deal of money for no return. No pharmaceutical company would undertake major expenditures for developing new drugs if they would have to compete with generics, which are every bit as good, from the day they were approved by the FDA. The declared intent of government patent monopolies is to give companies an incentive to develop new drugs.

While most of this funding goes to more basic research, many important drugs have been developed with government funding. In addition, the NIH has supported thousands of clinical trials.

In principle, there is no reason that Congress could not double or triple the amount of funding for medical research and replace the $70 billion -- that is now supported by patent monopolies. The NIH, or a new agency, could parcel out this money through long-term contracts to private companies.

The savings to consumers from going this route would be enormous. Cutting-edge drugs that sell for tens or even hundreds of thousands of dollars would instead sell for a few hundred dollars. People would no longer have to struggle with insurers or use GoFundMe pages to pay for necessary medications.

The savings to the economy would also be huge. We will spend roughly $460 billion this year on drugs that would likely sell for less than $80 billion in a true free market. The difference of $380 billion a year is more than twice the size of the Trump tax cut and five times the size of the food stamp (SNAP) budget.

The benefits go beyond just the savings. Patent monopolies give drug companies an enormous incentive to push their drugs as widely as possible, even when they may not be the most effective drug or have harmful side effects. Purdue Pharma would not have been pushing OxyContin so vigorously if it were selling at generic prices. While the opioid crisis is an extreme case, drug companies exaggerate the benefits of their drugs and conceal negative side effects all the time.

If we went the route of direct public funding, the savings would go beyond prescription drugs. Medical equipment and tests are also made expensive because of government-granted patent monopolies.

NPR recently did a piece about a woman who had a surprise bill of $94,000 for neuro-monitoring services during a surgery on her spine. The reason this process could be billed for $94,000, as opposed to perhaps 1/20th of this amount, is that the process is patented. If the neuro-monitoring system had been developed with public funds, there would be no huge bill with which to surprise patients.

Dr. Dean Baker is a macroeconomist and Co-Director of the Center for Economic and Policy Research in Washington, D.C. He previously worked as a senior economist at the Economic Policy Institute and an assistant professor at Bucknell University. (more...)
Related Topic(s): Drug Companies- Marketing; Drugs Prescription; Generic; Gofundme; Health; Public Health; Public Option Health Care, Add Tags
Add to My Group(s)
Go To Commenting
The views expressed herein are the sole responsibility of the author and do not necessarily reflect those of this website or its editors.