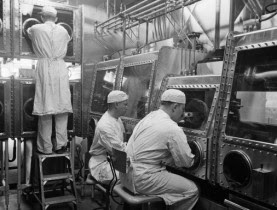 I first wrote this blog entry in 2006 after reading an amazing book called "A Plague Upon Humanity" by Daniel Barenblatt. It tells the story of the hidden history of Japan's biological warfare program before and during WW II.  Since we are remembering the atomic bombing of Hiroshima and Nagasaki this week I thought we also should remember the origins of another weapon of mass destruction - biological weapons.

Barenblatt begins by revealing how Japan created a phony pretext in order to start the Manchurian war. In September 1931 Japanese army engineers secretly blew up the Japanese-owned South Manchurian Railway near Shenyang. The Japanese government then immediately blamed the explosion upon Chinese soldiers garrisoned nearby. Japan then attacked the Chinese troops, sleeping in their barracks at the time. A war was underway.

Early on Japan set up a biological warfare (BW) unit led by Shiro Ishii. BW units were established throughout Manchuria and China in Japanese army occupied territory. At these locations Chinese freedom fighters and civilians were used as lab rats and were given lethal doses of bubonic plague, cholera, smallpox, typhus and typhoid. Bodies of infected prisoners were cut open, often while people still lived, to study the effects of the biological contamination. Japan's BW program used infected rats and fleas, dropped from airplanes, to spread the deadly diseases killing entire Chinese villages. Hundreds of thousands of innocent Chinese civilians were killed by Japan.

As WW II widened throughout the Pacific, Japan took their BW campaign to Japanese occupied islands. Japan also sent disease laden animals into Russia in hopes of spreading disease into that country. American prisoners of war were experimented on in Japanese labs as well.

Following Japanese surrender at the end of WW II one would have thought that these crimes against humanity would have been exposed and punished, similar to Nazi war crimes at the Nuremberg trials. But this was not the case. General Douglas MacArthur made a deal with Japan's chief BW expert, Shiro Ishii, protecting him from prosecution by literally covering up the entire BW story. Ishii and his BW team gave their expertise to the U.S. According to Barenblatt, "Not only did they escape war crimes proceedings and public scrutiny by virtue of their cooperation with the U.S. occupation authorities, they also became prominent public health officials and respected academic figures in Japanese university and government circles. A few became quite wealthy as executives of pharmaceutical companies."

The Soviet Union knew about Japan's BW program and in late 1949 called for Ishii to be apprehended and tried by the U.S. occupation forces in Japan as the ringleader of the secret Japanese program. In response, Gen. MacArthur's office in Tokyo denounced the Soviet charges of Japanese biological warfare and a U.S. cover-up as evidence of communist propaganda.

In fact on March 13, 1948 the U.S. War Department cabled instructions to Gen. MacArthur in Japan to give "immunity" to Japanese BW operatives. "Information retained from Ishii and associates may be retained in intelligence channels," the instructions concluded.

There were war crimes trials in Japan after WW II. B.V.A. Roling, the last surviving judge from the Tokyo trials, who represented the Netherlands on the international tribunal, learned of this American deception many years later. "As one of the judges in the International Military Tribunal for the Far East, it is a bitter experience for me to be informed now that centrally ordered Japanese war criminality of the most disgusting kind was kept secret from the Court by the U.S. government," Roling wrote. The U.S. should be "ashamed because of the fact they withheld information from the Court with respect to the biological experiments of the Japanese in Manchuria on Chinese and American prisoners of war," he said.

In the 1950's Ishii was secretly taken to the U.S. to lecture at Fort Detrick, MD on how to best conduct germ warfare. And as the Korean War heated up, Ishii was used by the U.S. to advise on how to spread deadly disease in that war against North Korean and Chinese forces. North Korea, China and the Soviet Union all claimed in 1951-52 that the U.S. Pentagon was using germ warfare on a large scale in the Korean War.

The Chinese showed footage and photographs of metallic U.S. shells that snapped open upon hitting the ground, releasing a swarming cargo of insects that unleashed bubonic plague, smallpox, and anthrax. This method of delivery had been a favorite of Japan's BW program.

Barenblatt notes that an international scientific investigating team, headed by a highly noted British biochemist from Cambridge University, did research in Korea and issued a report saying that sudden appearances of insects and spiders, of species not normally known in the region, in winter, and in association with the dropping of strange containers and objects by U.S. military planes were evidence of bio-warfare. Lab tests performed on fleas discovered in such unusual circumstances, positively showed the presence of bubonic plague bacteria.

In 1956 American journalist John Powell was charged with 13 counts of sedition for trying to expose the U.S. BW campaign in Korea. In 1953 former FBI Director J. Edgar Hoover brought Powell before congressional committees charging him with "un-American activities." Years later, in the 1980's, Powell's story was finally aired in an article in the Bulletin of Atomic Scientists.

So as we today hear China warning about the re-arming of Japan, with full support and encouragement of the U.S., can we not see some historical precedent for their worry? Both Japan and the U.S. have shown, since WW II, that they will use extreme measures to subdue Korea and China in the quest for control and domination of the Asia-Pacific. As the U.S. today doubles its military presence in the Asia-Pacific region, can there be any doubt that China and Korea have not forgotten the stories of the past? Stories that to most Americans are unknown and long covered up.

Related Topic(s): Anthrax; Army; Health; MASS HYPOCRISY; Military; Nagasaki; Pentagon; Weapons Ban Treaties; Weapons Of Mass Deception, Add Tags
Add to My Group(s)
Go To Commenting
The views expressed herein are the sole responsibility of the author and do not necessarily reflect those of this website or its editors.