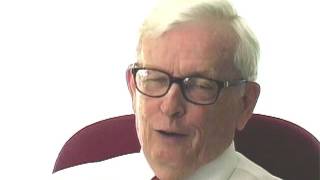 On the day Yasser Arafat died, November 9, 2004, former Illinois Republican Congressman Paul Findley wrote an article to describe the relationship he had with the Palestinian leader.

Paul Findley knew then, and he knows now, that if enough members of Congress had joined with him in favor of talking with Yasser Arafat, Israel's control over American policy might well have shifted in a different direction.

His article was published in the Daily Star,a Beirut, Lebanon, publication, on the occasion of Arafat's death, 75, in a Paris hospital. Arafat had been under essential house arrest in his Ramallah headquarters. When he became ill, Israel moved him to Paris.

The failure of Finley's news-worthy piece to find significant American exposure was further evidence of just how much Israel and its American allies fear an influential man like Paul Findley.

It is an article that reveals the irenic spirit and courageous political strength of Paul Findley. A political figure who has refused to yield power to non-American forces, frightens Israel. They need total control to keep Congress in check.

That is why BDS is such a threat to conservative Israeli governments. When people recognize deception as a false narrative, and are offered a way to take nonviolent action, that action must be put down by Israel and its loyal American allies.

Memo to Congress from Tel Aviv: BDS is a danger, shoot it down. Don't ask why, just do it.

Findley was that rare member of the U.S. Congress who ignored memos from foreign governments... He understood the danger of allowing the state of Israel to control American foreign policy in the Middle East.

At great political and personal cost, Paul Findley acted on that understanding while his congressional colleagues absorbed the narrative myth of "brave little Israel," and pocketed the money, votes, and favorable media coverage that was their reward.

Paul Findley wanted to enlighten an American public which was ill-informed about Israel's unholy alliance with American decision-makers.

In 1982, Paul Findley lost what had been a safe Republican seat in Congress, ending a political career that began when he was elected in 1960. His victorious opponent was Richard Durbin, now a U.S. Senator from Illinois.

The New York Times reported that Findley "narrowly lost his bid for re-election for a number of reasons: a competent opponent, redistricting, the economic recession, and pro-Israel groups support to his challenger."

"During my years in Congress, Yasser Arafat's name was often mentioned in committee meetings and on the floor of the House of Representatives but rarely without an ugly prefix. 'Terrorist' Arafat led the 'terrorist' PLO consisting of 'terrorist' Palestinians. Observers unfamiliar with the Arab-Israeli conflict might have mistakenly assumed that the adjective 'terrorist' was actually a proper part of these names."

Related Topic(s): Arafat Death; Congress; Hamas; Israel; Palestinian; Paul Findley; Yasser Arafat, Add Tags
Add to My Group(s)
Go To Commenting
The views expressed herein are the sole responsibility of the author and do not necessarily reflect those of this website or its editors.