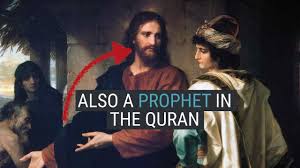 Despite what you might hear in church today, this Sunday's liturgy of the word is not about the end of the world and the condemned spending eternity in endless fire. So, don't be confused by the words Matthew puts in Jesus' mouth about an afterlife filled with "weeping and gnashing of teeth."

No, today's readings are much more relevant than that. They're actually about non-violent resistance in a context of imperial aggression and war. They suggest that Americans withdraw our support for the U.S. military and from Washington's policy of state terrorism against impoverished Muslims in the Middle East. (Need I remind us that even during the Covid-19 crisis and Black Lives Matter uprising, U.S. wars against Muslims continue unabated?)

At the same time, the day's three parables attributed to Jesus also imply a message for Middle Eastern followers of Mohammed. Today, as the principal victims of (U.S.) imperialism, Muslims are the closest analogue to the Judeo-Christian understanding of "People of God." So, all three readings call followers of Islam [which recognizes Isa (Jesus) as the second greatest of the prophets (after Mohammed and before Abraham)] to lay down their arms in favor of Jesus' own non-violent resistance.

To get my meaning, begin by considering my translations of today's exceptionally beautiful readings. As usual, you're advised to check the originals here to see if I've got them right:

Wisdom 13: 13, 16-19: Our Divine Mother loves all her creatures, even unbelievers. She condemns no one. Her love is the source of justice, easy forgiveness and of human courage. Consequently, the truly powerful on earth are also merciful, lenient, gentle and kind. None of us should worry about our "sins." They are all forgiven.

Psalms 86: 5-6, 9-10, 15-16: Yes, our Divine Mother is good, understanding and kind. So, in time of trouble, we should feel confident asking for her help. She's the One we're all looking for. Deep down, we all want to be like her - forgiving, graceful, patient, gentle and faithful. At our profoundest level, we are!

Romans 8: 26-27: In fact, our Mother is there even for those who don't know how to pray. Weak, painful groanings are enough. She knows what they mean. She knows we're trying to do our best.

Matthew 13: 24-43: Our Mother's world is like a garden sown with radiantly beautiful flowers of all kinds and colors. However, the spiritually unevolved sow weeds of hatred and violence to ruin that splendid paradise. Don't resist them in kind. That only makes matters worse. Instead, just tend the flowers. Our compassionate Mother will do the rest. Her power is everywhere like yeast in a loaf of bread. That knowledge should give us courage to exercise similar gentle influence everywhere.

I hope you're able to see the call to non-violence contained in those selections. They implicitly address all victims of aggression by Americans, today's ruling empire. This means the selections are most relevant to the Muslim community and the question whether or not (as people of The Book) they should resist their oppressors in kind - i.e. with extreme violence.

That is, Jesus' parable of the weeds planted by an enemy in a landlord's field can be read as addressing the Roman occupation forces encumbering Israel during Jesus' lifetime. [According to John Dominic Crossan, Matthew's allegorizing of Jesus' parable - making it about the end of the world - is more reflective of the situation of the Jewish diaspora (following the destruction of Jerusalem in 70 CE) than of the actual revolutionary situation of Jesus' own day.]

In Jesus' occupied Israel, the suffocating Roman presence (like our own country's in the Middle East) was as unwelcome, alien, and destructive as weeds in a garden or field.

Related Topic(s): Faith; God; Imperialism; Jesus; Judeo-christian; Muslims; Parable; Resistance; Sunday; Uprisings; (more...) Violence; Wars, Add Tags  (less...)
Add to My Group(s)
Go To Commenting
The views expressed herein are the sole responsibility of the author and do not necessarily reflect those of this website or its editors.