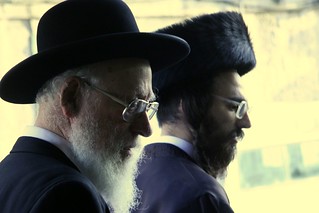 
In 1993, Samuel P Huntington, the Harvard University Professor had penned an article titled "The Clash of Civilizations' wherein he had stated that politics in the twenty first century would be dominated by religion. Although the article had caused a furor at the time and many even termed it as "mischievous', fifteen years later, Huntington's central thesis seems strangely prescient. Today, religion is not only the principal issue in international politics, it is also the most primary cause of violence and global conflict.

Religious militancy is on the rise in many parts of the world. Today, religion is being used as a tool to unite and mobilize people in a radicalized manner. Religion is also being used to dominate politics, education, way of life and even thinking. With radicalization on the rise so is its influence. In popular view, religious radicalism refers to extremely violent acts in the name of religion. Extremists are willing to undertake violent acts in the service of God and have little sympathy for their victims because these victims are the enemies of God. Just as importantly, religious radicalism inculcates the will to readily sacrifice one's own life for the returns of "martyrdom' that comes through the perceived service of God. However, religious radicalism or religious extremism is not defined by violent acts alone. There are different aspects of religious radicalism seen in different measures in different parts of the world. The first aspect is the intense drive to expand the religious law of a particular sect. For instance, Jewish religious extremists want the supremacy of the Halacha while Islamic fundamentalists preach the supremacy of the Koran. Since fundamentalists are critical of existing institutions, they want to impose their programs on society. The next aspect is the attitude of radical elements towards members who do not accept the laws and views of extremists. Efforts to convert, isolation and violence are characteristics of this aspect. The final aspect is the rejection (by extremists) of values that are not native to the religion and the rigorous inculcation of values that are a part of the religion. Thus, extremists protect their followers by keeping them occupied so that they do not have the time for leisure or mass media.

It is wrong to think of religious radicalism as a new phenomenon. Religious radicalism existed hundreds of years ago. Early Judaism, for instance, presented the deity as a fearful personality who would shower wrath on followers but for the power of priests who shielded devotees from the same. The Church of Rome has a history of retarding scientific advances by punishing anyone who voiced an opinion contrary to the Church's doctrines. Muslim invaders of Afghan descent went into India attracted by her immense wealth not only plundered wealth but also defiled and destroyed religious monuments belonging to natives. Such examples show that violence in the name of religion is a recurring theme throughout the history of humans. Unfortunately, mankind is still fighting this plague even today.

Today, however, we are seeing a more dangerous form of radicalization. The form we are witnessing today focuses on the recruitment of individuals in the name of religion to commit acts of terrorism. Charismatic leaders of such radical organizations manipulate religion in such a way where they define their political goals and then customize religion to fit such goals. They will twist, turn and manipulate religion to convince others to commit acts such as terrorism. They will go as far as legitimizing any and all means to achieve results. This is an issue that not only threatens the United States, but also each and every country around the world. The fact that radicalism must be defeated is no longer an issue of debate but rather an undisputable fact. Religious terrorism has already killed millions and the virulence of such attacks is on the rise. Going forward, unless concrete steps are taken at the global level to subdue and discourage extremism and bigotry in the name of religion, these violent forces are only going to become stronger.

The key to defeating terrorism is to reduce the motivation for radicalization. Public awareness and a culture built on tolerance and acceptance is an essential tool in this battle. In the history of man, various forces have tried to remove religious conflict. However, they have almost always attempted to do this by establishing a religion of their own (as in the case of Din-Ilahi by the Moghul Emperor Akbar in India). Hence, these attempts have been largely unsuccessful. A better alternative would be to encourage an ethos of discussion, religious equality, more inter-religious understanding, the end of religious politics and elimination of prejudices through education and equal opportunities to different societies of the world.

Aymen Zaben, born and raised in New York City, is a freelance writer. He obtained his degree in accounting from Excelsior College, and is currently pursuing his education at the State University of New York, Empire State College. Aymen enjoys (more...)
Related Topic(s): Education International; International Funding Terrorism; Partisan Religion; Religion Other; Religion-Politics; Religious Extremism; Religious Hypocrisy; Rightwing Extremism; Terrorism; Terrorism Islamic; (more...) Terrorism Terrorist Profiling; War On Terror, Add Tags  (less...)
Add to My Group(s)
Go To Commenting
The views expressed herein are the sole responsibility of the author and do not necessarily reflect those of this website or its editors.

Religion: Where Do We Draw The Line?