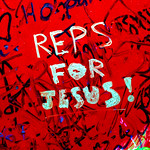 With the pending selection of a new Supreme Court justice by Trump and the current Republican-controlled senate, we are now facing the possibility of an overriding reactionary court impeding indispensable fundamental change for many years, even with a progressive administration and congress in charge. Two examples, among others currently pointed out in the media, display the unscrupulous scheming of the reactionaries. Mitch McConnell, who prevented processing Obama's choice for Supreme Court justice in late 1916 until after the elections on the grounds that the American people should have an input on the basis of their choice of president, now gives some excuse for rushing through Trump's choice before the coming election. Senator Lindsey Graham said in 2018 that if a similar situation came up in the Trump administration, "we'll wait until the next election". but now has second thoughts on the matter.

Underlying these "policies" of the Trump administration is the ruse of representing fundamentalist christian voters who may be Trump's strongest support. It befuddles the mind to comprehend why Trump, who is perhaps the most unreligious person imaginable, would have their support. Which church does he belong to and when does he attend it? What christian ethics does he abide by? Honesty? Is he deserving of the peoples' trust? Does he humble himself before God? (Or does he think of himself as a libertine quasi-god?) Is he a charitable person and concerned with the welfare of the disadvantaged of society, as a truly religious person would be?

The renewal of our nation does hinge upon the advent of an administration with leaders who base their policies and decisions on universal moral principles common to all substantial religions and philosophies: leaders who will follow a code of honesty, fairness, human kindness and humility in all their work.

Related Topic(s): Reactionary; Religion As Govt Policy; Religion-Politics, Add Tags
Add to My Group(s)
Go To Commenting
The views expressed herein are the sole responsibility of the author and do not necessarily reflect those of this website or its editors.